Concerns over spending as confidence sinks 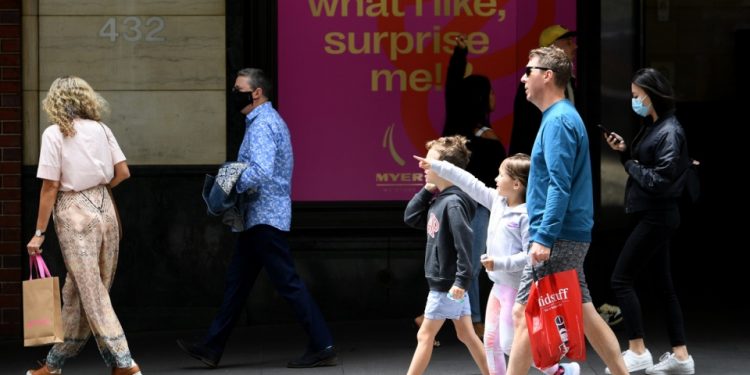 Confidence took another sharp tumble in the past week as Australians continued to fret over cost-of-living pressures, raising concerns about the outlook for household spending.

New figures from the Australian Bureau of Statistics show that prior to the spike in petrol prices in recent weeks triggered by the war in Ukraine, household spending had perked up compared to a year earlier.

The weekly ANZ-Roy Morgan consumer confidence index — a guide to future household spending — dropped 4.8 per cent, falling to its lowest level since September 2020 when Victoria was enduring the second wave of COVID-19.

Consumer inflation expectations also rose by a further 0.4 percentage points to six per cent, a level not seen since 2011.

“The weakness in consumer sentiment is at odds with the strength in employment and reflects pressure on household budgets as nominal wage growth lags the jump in inflation,” ANZ head of Australian economics David Plank said.

“The weakness in consumer confidence presents a growing near-term risk to the outlook for household spending.”

The ABS said household spending grew 4.3 per cent in the year to January.

The latest downturn in confidence comes despite the latest labour force figures showing the unemployment rate dropping to a 14-year low of four per cent and further strong gains in full-time employment.

The federal government has also repeatedly indicated it intends to try to cushion household cost-of-living pressures in next Tuesday’s budget.

The Australian Institute of Petroleum said the national weekly average for petrol prices jumped by 14.9 cents in the past week to a record 212.5 cents a litre, after ranging from 210.4 cents to 214 cents.

Commonwealth Securities chief economist Craig James said filling up the car is the single biggest weekly purchase for most families.

He estimates it is costing the average family $297.50 a month to fill up the car, an extra $75 compared with the start of the year.

Mr Plank said increasing petrol prices have had a sharp impact on households’ confidence for both “current” and “future financial conditions” in the survey with the two sub-indices dropping 10.3 per cent and 8.4 per cent respectively during the past two weeks.

The spike in petrol prices has raised calls for a cut in fuel excise from 44 cents a litre, something Victorian Premier Daniel Andrews hopes Treasurer Josh Frydenberg follows though on.

“Anything the federal government can do in relation to these matters is positive, but I don’t want to be getting into the business of pretending that that’s somehow (it’s a) state tax or something that I’ve got control over,” Mr Andrews said.

“That’s a matter for the federal government. I think we’re all expecting there might be some change on that but we’ll have to wait and see.”

The rate of annual inflation currently stands at 3.5 per cent.

Reserve Bank of Australia governor Philip Lowe recently warned that inflation could reach at least four per cent as a result of the war in the Ukraine, pushing up prices for fuel and other commodities.

Economists believe it could hit five per cent or more.

Rising inflation expectations can themselves fuel inflation as workers seek compensation through their wages.

Ford F-150 Lightning EV to get up to 320 miles of range, EPA estimates