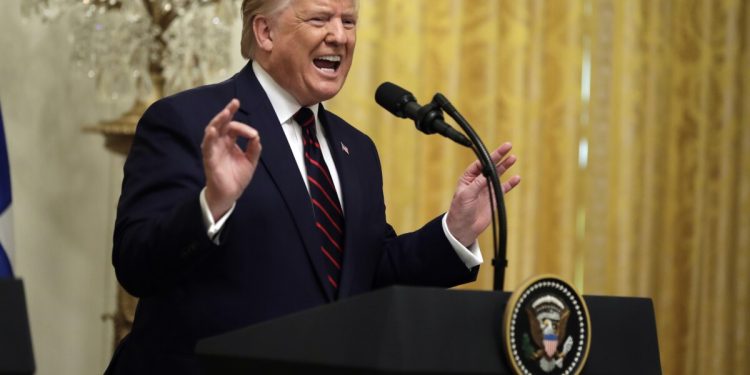 The House Oversight and Reform Committee is scaling up its investigation into what its chairwoman says could be “the largest-scale violations of the Presidential Records Act since its enactment,” according to a letter being sent to the National Archives on Friday.

“I am deeply concerned that former President Trump may have violated the law through his intentional efforts to remove and destroy records that belong to the American people,” committee Chairwoman Carolyn B. Maloney (D-N.Y.) wrote in the letter to Archivist David Ferriero. The Times obtained the letter before it was sent to Ferriero.

The committee is examining what happened to presidential records that were supposed to be turned over to the National Archives at the end of the Trump administration and are presumed to be missing or destroyed. It is also looking at 15 boxes of materials recovered last month by the National Archives from Trump’s home at Mar-a-Lago in Palm Beach, Fla., including some documents marked classified and some that were torn up. The Archives has asked the Justice Department to determine whether a crime was committed in connection with the documents’ handling.

Trump has called the documents’ return “routine” and “no big deal.”

Records produced for or by a president through his normal course of official duties must be preserved for the public under the Presidential Records Act, which covers documents, recordings, photos, memos and notes. The records are housed at the National Archives and made available to researchers and the public to help understand what influenced a president’s decision-making.

The committee has investigated reports that records weren’t preserved in the past, but it now plans to examine new areas including: the records reclaimed from Mar-a-Lago; social media accounts and postings that were not properly preserved; official business conducted by White House staff on non-official messaging accounts that weren’t preserved; and records that were ripped or otherwise destroyed during the administration, some of which were taped back together before being turned over to the National Archives.

Ferriero notified Congress on Feb. 18 that the Archives did not receive a complete set of social media records from Trump and several other administration officials, and that despite working with social media companies some of the records may never be recovered. That same day it confirmed media reports that the Mar-a-Lago records contained classified or destroyed documents, and that the communication through non-official sources wasn’t always preserved.

“The information in your response suggests that former President Trump and his senior aides may have repeatedly violated the Presidential Records Act and other federal laws, which could severely impact the preservation of records from the Trump Administration,” Maloney wrote in the letter.

Maloney requested by March 10 a detailed accounting of the contents of the reclaimed boxes, including the level of classification for each classified record, any reviews of the contents by other federal agencies, all records that were destroyed and any response from the administration to the Archives’ warnings about how to properly preserve records in order to comply with federal law.

She set a March 17 deadline for records showing discussions between high-ranking Trump officials and White House lawyers about the use of personal messaging accounts for official business, destroying records, missing records, what records to hand over to the National Archives and proper preservation of social media records.

She also asked for records by that date about what Trump was told regarding White House recordkeeping policies and whether employees ever found shredded records in White House toilets, a reference to an anecdote Trump denies that will appear in an upcoming book by New York Times reporter Maggie Haberman.