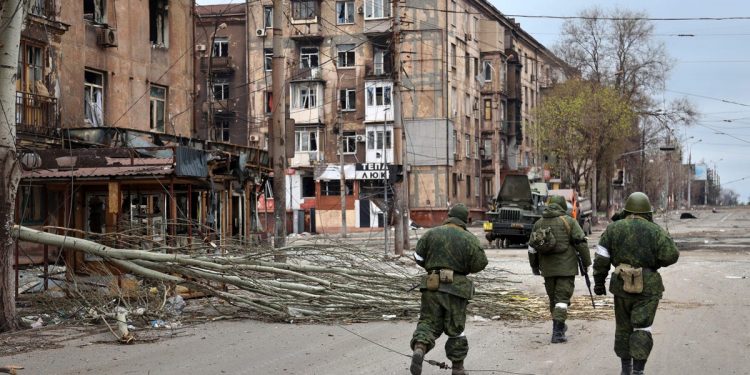 
Though a video posted by a Russian soldier on Telegram claimed he’d died fighting in Mariupol, Cesar Quintana, the father of a kidnapped two-year-old, says that he is alive in California.

The video, which showed pictures of his US passport with written coordinates meant to be the location of his body, was posted by a Russian Army member who claimed Quintana had joined forces with Ukrainians and been killed.

“These are for his relatives, so they will be able to bury him after the fighting ends,” the man said inRussian, The Washington Post reported. “We are people, and we must remain as such.”

Quintana was last in Ukraine in December on a trip attempting to rescue his son from his estranged wife, Antonina Aslanova Quintana, who he says kidnapped the child in 2020 and fled the country. Following a dispute with the boy’s maternal grandmother while trying to return him to the states in December, Quintana said his passport was taken by Ukrainian authorities. A felony warrant for child abduction was issued for Aslanova on January 15 this year.

Now back in the US, Quintana told the Associated Press the last time he had contact with his son was March 2, less than a week after the invasion started. The child had been living with his mother in his grandmother’s house in Mariupol, a besieged city that Ukrainian President Volodymyr Zelenskyy described this week as the country’s “worst situation” where “tens of thousands” of civilians may have been killed.

“I am willing to do everything and anything,” Quintana told the Associated Press. “I just want my son to be back.”

Quintana did not immediately return Insider’s request for comment.