This story was updated after publication on Dec. 14, 2022 to reflect additional closings in Nevada and the Sierra region of California.

New markets require new approaches and tactics. Experts and industry leaders take the stage at Inman Connect New York in January to help navigate the market shift — and prepare for the next one. Meet the moment and join us. Register here

An email sent to employees and associates by Corcoran Global Living CEO Michael Mahon on Monday and obtained by Inman revealed that in the wake of a legal dispute launched earlier this year with Corcoran Group and a “rapidly declining economic and real estate environment,” the franchisor will end its agreement with Mahon in Southern California and “effectively close all offices and operations of the Southern California region of Corcoran Global Living by December 31, 2022.”

Corcoran Group declined to comment on this story, and Corcoran Global Living did not immediately respond to requests from Inman for comment.

The finding comes just weeks after Inman’s reporting revealed Mahon and his company ELI Realty Investments were facing lawsuits from franchisees of Corcoran Global Living and Corcoran Group LLC for counts of fraud and breach of contract.

In the wake of Mahon’s alleged fraud, a number of Corcoran Global Living agents also reported to Inman that they experienced significant delays receiving commission payments and that lights were turned off in their offices and leases had fallen into default as bills went unpaid. 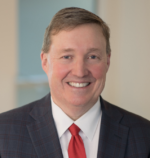 The worsening crisis at the company may also be driving agents away at a critical moment for the broader industry when agent ranks are shrinking and competition for talent is more fierce than ever.

In total, three separate lawsuits have been filed this year. Plaintiffs in the cases include Jessie Rodriguez, Corcoran Group LLC (in this case, a countersuit to a lawsuit initially filed against it by Mahon) and Brighton Way LTD. Collectively, they paint a picture of a company teetering on the edge.

In addition to the lawsuits, four agents told Inman they experienced weeks-long delays in getting paid their commissions beginning around April 2022, when normally they received wires for sales within two or three days of closing.

A member of the management team at one of the affiliate’s Southern California offices, who spoke to Inman on the condition of anonymity, estimated that over the course of the past several months agents have been missing hundreds of thousands of dollars in commissions from the affiliate — which now boasts approximately 2,600 agents across more than 70 offices, making it Corcoran Group’s largest affiliate.

When Inman reached out to Corcoran Global Living for comment for its initial reporting, the company attributed the agent pay issues to the changing market.

“Like most brokerages, the shifting market over the last few months has caused cash flow challenges,” Chief Operating Officer Matt Borland said in an emailed statement from November. “This has impacted some of our regions, and we have made fundamental changes to our accounting processes to ensure they don’t recur. Our finance team is actively working towards resolving any lingering delays as well.”

Legal proceedings are ongoing, but as of the most recent court filings dated early December, Mahon, ELI Realty Investments and their associates and Corcoran Group LLC were conducting negotiations to sell the affiliate to a third party, until those negotiations fell through around Thanksgiving. Parties in the case now have until December 21 to file a Joint Rule 26(f) Report, or a proposal about the types of discovery each party will request from the other, and deadlines for doing so.

The Southern California offices of Corcoran Global Living have now disappeared from the company’s website as have the profile pages of several district office managers in the region.

The company’s offices page on its website once had a filter for all Southern California offices but now only has filters for California-Northern, Nevada/California Sierra and Ohio offices.

Webpages for Southern California offices in Lake Arrowhead, Cerritos, Malibu, Newport Beach and Westlake Village no longer exist. Clicking on the profile pages of those office’s district managers — including Laura Coleman, Jana Goncalves, Paige Gordon, Donna Hollingsworth, Kat Johnson and Tom Swanson — also turn up webpages with error messages on them or they don’t load at all.

An anonymous source who is a licensed broker in California told Inman that per the California Department of Real Estate licensing website, several of Lorimer’s agents who were once affiliated with Corcoran Global Living are now back affiliated with the Peter Lorimer Group.

Lorimer also did not immediately respond to requests for comment from Inman.

Read the full email sent out by Mahon on Monday below:

It is with great sorrow that I must share unfortunate news regarding the future of our Corcoran Global Living Southern California regional brokerage operations.

While together we have had great success in building a culture and operations of which we could all be proud, we have experienced a number of business challenges in 2022 that have interfered with our ability to meet our financial obligations to our franchisor and other secured creditors. These challenges have included problems with our transaction management data system, forcing us to change vendors earlier this year; an ongoing multi-million dollar business dispute with our franchisor over double-payments and mounting arrears; and a rapidly declining economic and real estate environment. In recent months we have attempted numerous approaches to address our cash flow issues and to continue supporting our employees and sales associates, including capital equity market raises, scale reductions in operating expenses, and selling the economic interests of ELI Realty Investments, LLC, the controlling company of Corcoran Global Living.

We recently received notice from our franchisor, the Corcoran Group, terminating the franchise agreement(s) involving our operations and offices involving our Southern California region. Corcoran Group and our other senior secured creditor have instructed us to take immediate steps to preserve our assets. Based on these circumstances and demands, a winding down process has begun to effectively close all offices and operations of the Southern California region of Corcoran Global Living by December 31, 2022.

The proposed winding down plan adopts procedures for the handling of pending transactions and active listing transactions not in escrow. Pursuant to the terms of Corcoran Global Living’s Policies and Procedures manual, as long as an active listing is not yet in escrow, or buyers are not yet in escrow as of the agent’s departure date where Corcoran Global Living is the broker of record, the agent can cancel the file (and relist with their new brokerage) as long as they get a written cancellation signed by the clients of any applicable listing or buyer’s representation agreement(s) within 48 hours of the agent’s departure.

With respect to any real property listings of buyer representations already in escrow (“Pendings”) where Corcoran Global Living is the broker of record, the licensee may take the transaction to the licensee’s new brokerage provided a written referral agreement is fully executed requiring a referral fee equal to the broker company dollar (company’s portion of commission due) within 48 hours of the licensee transfer. The following link provides the instructions and forms necessary to register “Pendings” for assignment to new broker, as well as individual transaction referral forms necessary for Corcoran Global Living broker approval of individual transaction assignment, based upon the State the subject transaction is located: Click here for information and documents necessary to transfer and refer pending transactions involving new brokerage transfer.

These approaches to retain the company dollar are strictly necessary to preserve Corcoran Global Living assets in light of the rights and demands of our secured creditors. Sales Associates will need to work with Corcoran Global Living Management regarding the paperwork being provided to transition active listings and pending transactions, so that everyone remains in compliance with these requirements, as well as State licensing and local Multiple Listing policies and procedures.

In close, I share this information with a heavy heart, as this is not the vision any of us had for our future as Corcoran Global Living. Our prayers and thoughts are with you for your continued success in the future.

Listen To This: Put It In Your Mouth!

Listen To This: Put It In Your Mouth!