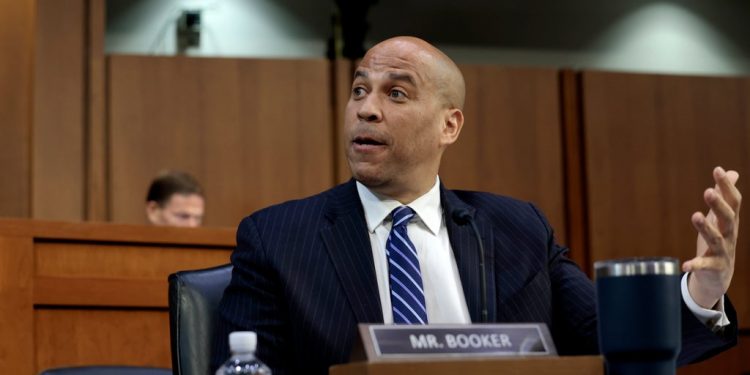 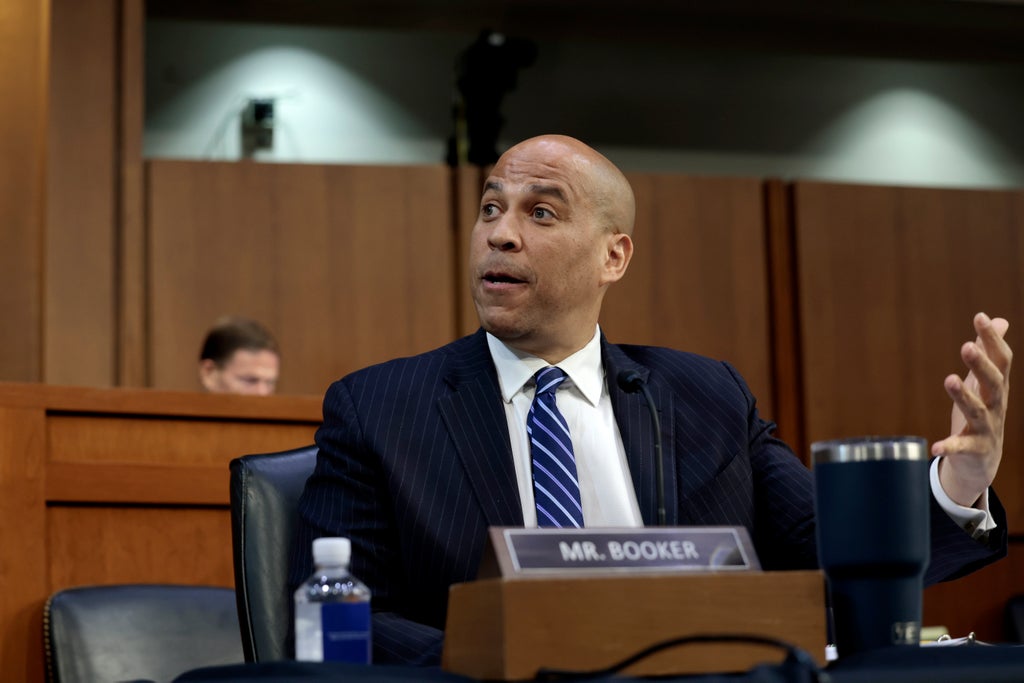 Senator Cory Booker found himself in a familiar role on Monday when he vocally defended Judge Ketanji Brown Jackson when the Senate Judiciary Committee’s vote on her nomination ended in a deadlock on Monday.

“Why didn’t you vote against every one of those Republican judges that was not following the guidelines, as most don’t?” he asked in response to Mr Hawley, who had gone shortly before him. “You could try to create a straw man here but it does not hold. And it’s just frustrating to me to listen to people trying to create a caricature of a human being whose family is in law enforcement, who is a parent and who is well within the norm on these cases.”

The New Jersey Democrat mentioned how many Black women and women have to be in a room where they are more qualified than men and having to endure disrespect.

Mr Booker continued to rattle off her qualifications, such as being a double-graduate of Harvard University and clerking at every level of the judiciary. He also pointed out how the Senate voted to confirm her three times in a bipartisan manner.

After the hearing, Mr Booker told The Independent why he spoke up for her record.

“She didn’t need me to defend her record,” he said. “She could have had a committee of 22 Josh Hawleys and she would have still persevered. She’s extraordinary. I felt a need to speak to her record which, was a lot of folks felt was being disrespected or overlooked at a time that it should be celebrated and really given the honour and due that it deserves.”

“We are who we are as a nation because of so many great contributions from different groups and different backgrounds and Black women definitely should feel very proud from the suffrage movement to the civil rights movement to now, all areas of public life,” he said.

The World Can Turn Around the Climate Crisis This Decade: UN Report