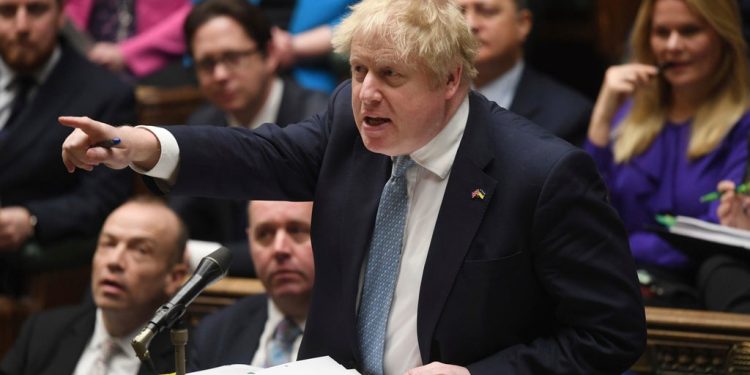 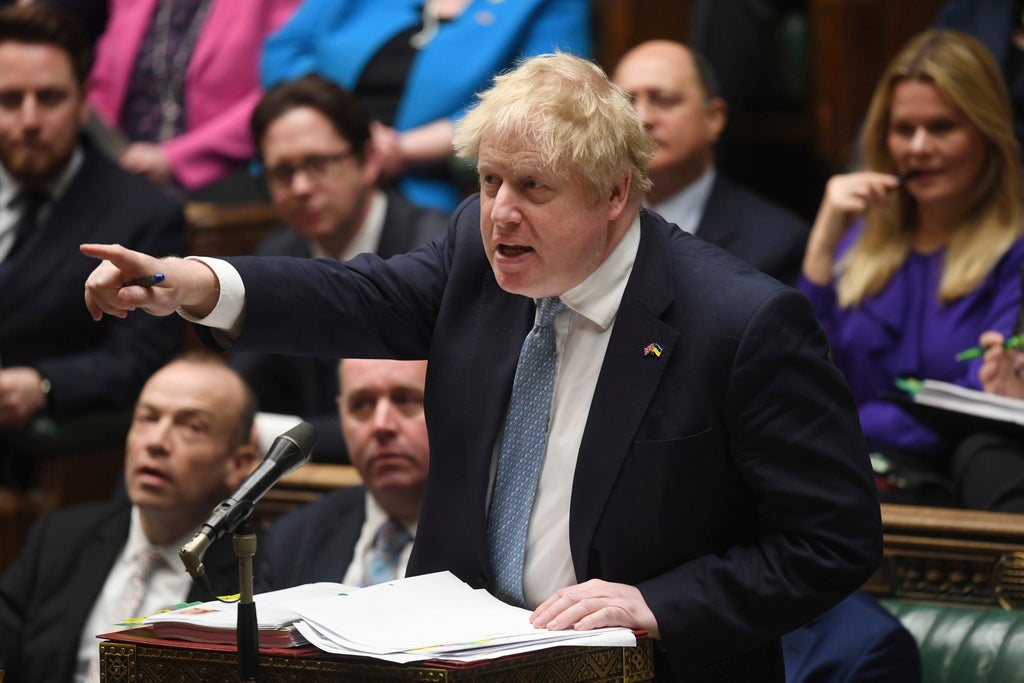 Prime minister Boris Johnson has admitted that the hike in national insurace contributions has arrived at a “tough time”, but insisted the government had made “unquestionably the right move.”

The NI rise came into force today and was criticised by the Liberal Democrats who say the tax hike comes at the “wrong moment” as Britons face a growing cost of living crisis.

When asked how struggling households should save money, Mr Johnson said: “We’ve got to help families in any way that we can. And that’s why we’re putting another £22 billion into supporting families through what are unquestionably tough times caused by the end of the pandemic, the global inflation problem, the energy price spike that we’re seeing.

He added: “And look, I’ve got absolutely no problem with it. We’ve got to do the difficult things, we’ve got to take the big decisions, the right decisions for this country.

A UK eating disorder charity has hit out at the government’s new measure which compels food businesses to reveal the calorie information of non-prepacked food and soft drinks.

Tweeting today, BEAT said: “We’re extremely disappointed that the government is making calories on menus mandatory in England from 6 April.

“We know it causes anxiety for people affected by eating disorders. We know it can increase fixations on restricting calories for anyone with anorexia or bulimia.

“We know it can increase feelings of guilt for anyone with binge eating disorder. And there’s very limited evidence that the legislation will improve our eating habits.

“On multiple occasions, we called on the government to reconsider the impact this legislation will have on people with eating disorders. And we’ve asked them to take an evidence-based approach when creating health policies – which include consulting with eating disorder clinicians and experts by experience.”

The charity has urged anyone struggling to cope with the introduction of calories on menus to read its guide on dining out here.

Boris Johnson has defended his decision to scrap plans to ban trans conversion therapy, arguing it would be harmful for children who have doubts about their gender.

Quizzed about the controversial move – which has forced the government to cancel a showpiece LGBT+ conference – the prime minister urged his critics to consider the “complexities and sensitivities”.

Not the right time to raise taxes, Starmer says

Speaking against the national insurance rise, Sir Keir Starmer told Jeremy Vine on BBC Radio 2: “This is a tax that hits businesses and working people. It doesn’t hit others.

“So, if you’re a landlord with 20 or 30 properties, you are not getting a penny more taxed today. If you’re a tenant of that landlord in work, you’re getting whacked with the national insurance tax.”

Sir Keir stressed a Labour government “will always support the NHS and “there is obviously a need to deal with the backlog of waiting lists, etc”, but added: “The problem I have got with this tax today is that it’s going to raise about £12 billion or so, £11 or £12 billion.

“That is the money that has been lost in the last two years through Covid, through equipment we didn’t need or fraud, and the Government is not going to try to recover that money.”

When asked if the country is heading towards the next election with Labour promising lower tax and lower spending than the Conservatives, the Labour leader said: “We have declared that now is not the time to be putting up taxes.

“I think most people know the last two years have been really, really tough. All the businesses in Bacup I have spoken to this morning are saying ‘look, Keir, it has been tough on us, we have kept going and now what we need to do is get back on our feet, get people back into the high streets, give us a bit of breathing space so we can grow the economy’.

“I think they’re right about that. So, I’m not saying that, you know, we don’t need to raise money to pay for the health service. Of course I’m not, but I am saying that the single biggest problem the moment is growing the economy.”

Boris Johnson said he has “absolutely no problem” with increasing national insurance for millions of workers in order to fund the NHS and social care.

The Prime Minister said the 1.25 percentage point rise is “unquestionably the right thing” and shows the Government is prepared to take the “big decisions” for the country.

“Because we’ve got, here in the UK, we’ve now got backlogs, waiting lists of six million people.

“Everybody across the country knows somebody who is waiting for cancer treatment or some sort of procedure that’s crucial for their health.

“We’ve got to give our doctors and our nurses the wherewithal, the funding, to deal with that.”

Chancellor Rishi Sunak’s popularity with voters has plunged amid continuing debate over the Government’s reaction to surging living costs, according to a poll.

His net favourability was down 24 points since just before his spring statement on March 23, to reach minus 29, the survey by YouGov found.

The poll put the Chancellor’s support below that of Sir Keir Starmer (minus 25) for the first time since the Labour leader took office.

Minus 29 is Mr Sunak’s lowest ever result and is a 24-point decrease since March 22-23, and a 14-point drop since immediately after the spring statement, the figures showed.

The poll found more than half of Britons (57%) have an unfavourable opinion of the Chancellor, compared with 28% who view him in a positive light.

A former LGBT Government adviser has urged leaders to stop making “pathetic excuses” after the Prime Minister said there are “complexities and sensitivities” around banning conversion therapy for transgender people.

Jayne Ozanne said the LGBT+ community’s trust in the Government is “completely and utterly broken” by a series of U-turns last week and its backtracking on commitments to include transgender people in upcoming legislation to ban the practice.

It comes as Prime Minister Boris Johnson defended the decision not to include trans people in the Government’s proposed ban, saying there are “complexities and sensitivities” which need to be worked through.

Speaking during a visit to a hospital in Welwyn Garden City, the PM said there are still things to be worked out, and that he was “sad” at the reaction of groups which pulled out of a UK-hosted global conference in protest, which has since been cancelled.

He said: “I’m sorry we haven’t been able to reach agreement with the organisations concerned but that will in no way diminish our determination to tackle prejudice wherever we can.”

‘Opposite of levelling up’: Cost-of-living crisis set to widen gap between north and south, research warns

The economic chasm between the north and south of England is set to be widened by the cost-of-living crisis, new research suggests.

The prime minister hopes to be able to parade his green credentials while at the same time keeping his net zero-sceptical backbenchers happy, writes Cathy Newman.

Hands off Channel 4 – it helped me embrace my sexuality

Shrewsbury, Partygate, Covid loans: Where is the accountability in public life?