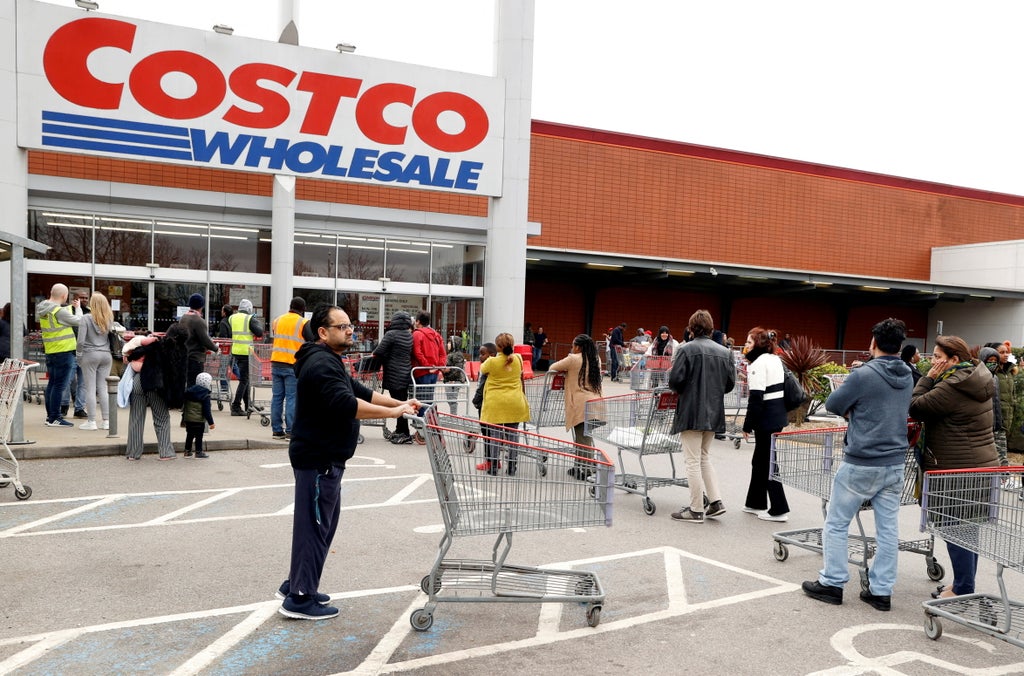 A Costco employee has gone viral after she posted a video boasting about her pay, sparking a debate on wages in the US.

When shoppers leave a Costco store, employees check their receipts and, sometimes, stamp a smiley face on it to show that it has been cleared.

Natalie can be seen moving her head to music in the video, which was posted on 28 November with the caption: “And it’s union … Gotta love Costco.”

While the video has received over 17.5 million views, Natalie’s pay has also sparked a debate.

Some users on social media said that Natalie’s pay was more than that of many other jobs, including healthcare workers like nurses.

One user named Leah Baby commented: “*Throws my nursing degree in the trash*”.

“Ma’am I am a nurse and you make more than I did at my staff job,” commented a user named ashley5918.

“Then why am I getting less than that to save lives?” commented another user.

However, many others pointed out that instead of directing their indignation at Natalie, they should ask why other employers did not pay enough, and should blame the system.

“If you think it’s not fair for you and that person to earn the same, maybe you should be upset with your employer rather than another working person,” a user named Leia commented.

“Costco is one of the few places one can earn a living wage – This should be the rule, not the exception,” commented a user named Johnathan Corrales.

“What’s crazy to me is that this happened so often where people in certain fields think that they should be making way more than people working in easier jobs like retail or food service or whatever,” another user Khaleah said.

In February, Costco announced that it would increase its minimum wage to $16 (£12.11) an hour surpassing most of its main competitors.

A growing number of states, however, have already raised minimum wage to $15 an hour.