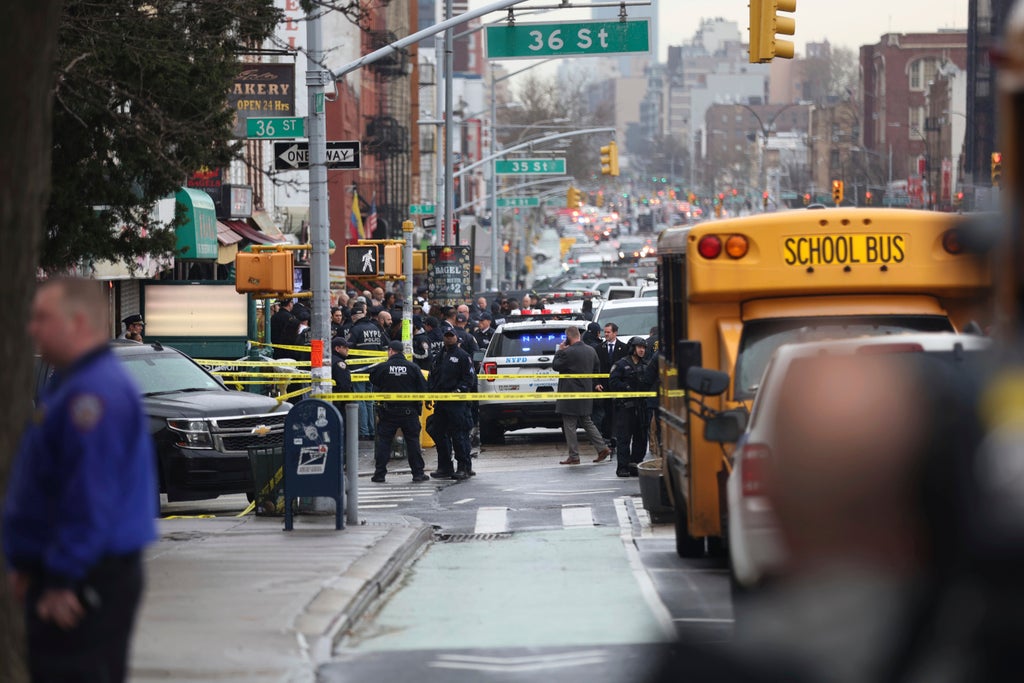 A handful of conservatives and right-wing media personalities are going after congresswoman Alexandria Ocasio-Cortez and progressives after a deadly shooting rocked the New York City borough of Brooklyn.

Always eager to jump on proponents of a “defund the police” message, critics of the New York congresswoman quickly turned their criticism on the left after news broke that 10 people had been shot during a rush hour commute on Tuesday.

Helping to make the right’s case for them is New York’s new Democratic mayor, Eric Adams, who responded to news of the shooting this week with a call for even greater numbers of cops on New York City transit systems.

But supporters of a pro-police message, in their zeal to battle continued agitation from antiracist activists, have now gone as far as attacking Ms Ocasio-Cortez over her objection to a policy that an hindsight was ineffective in stopping Tuesday’s attack.

In the article a Fox News journalist writes that a 2019 proposal from the Metropolitan Transit Authority “would have” lead to 500 MTA officers patrolling subway stations around the city, while outlining Ms Ocasio-Cortez’s opposition to the plan. At no point in Fox’s article did the news organisation note that the proposal had indeed been passed and gone into effect, and falsely implied the contrary via careful word choice.

At the time, Ms Ocasio-Cortez and other progressives in the city wrote to then-Governor Andrew Cuomo, warning that the plan would balloon the agency’s already-growing budget deficit and came at a time when officers are already facing controversy for sometimes-violent responses to alleged instances of fare evasion.

In reality, that plan to add 500 officers to stations around New York City did go into effect but was insufficient to prevent Tuesday’s shooting or the escape of the suspect, who led the city’s law enforcement on a day-long manhunt before being apparently spotted by a bodega employee who called a police tip line. Questions remain as to why station security cameras were at least somewhat inoperable during the shooting.

Many progressives after Tuesday’s shooting again pointed to the situation as evidence that the city’s growing police budget is an inefficient and wrongheaded way to tackle crime and public safety while noting the time it took to name a suspect in the shooting and catch them. The NYPD’s budget got a $200m hike in 2021 despite persistent claims from conservatives that Democrat-led jurisdictions are cutting funding from law enforcement.

It was announced that 62-year-old Frank James was taken into custody on Wednesday and charged with committing an act of terror; he is likely to face additional counts as well. A Syrian immigrant to the US was credited with recognising the suspect in the East Village and alerting authorities to his location, where Mr James was apprehended without incident according to police, who later said that the suspect had also phoned police and alerted them to his location himself.

The pickleball revolution: how a game for all ages became one of the world’s fastest-growing sports | Life and style

Rumor – The Crew 3 Is Called The Crew Motorfest, Reveal Possibly Due Very Soon