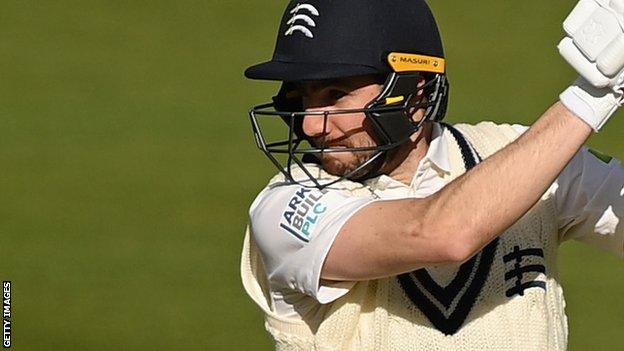 
Stephen Eskinazi’s stylish century propelled Middlesex into a strong position against a depleted Derbyshire attack on the opening day of the County Championship.

Eskinazi struck an accomplished knock of 118, his eighth Championship hundred and his first at Lord’s in five years, as he and teenage opener Josh De Caires shared a second-wicket stand of 186.

De Caires, the 19-year-old son of former England captain Michael Atherton, registered his maiden first-class half-century in an innings of 80 that helped to lay the foundations for the home side to post 307 for four.

The pair eventually departed, with Robbie White and Max Holden putting on a 58-run partnership, before the former was snared when trying to reverse sweep off-spinner Alex Thompson.

Jack Davies came in next and steered the hosts along to a third battling point with White before stumps.

It was a difficult day for Billy Godleman’s team, who opted to put Middlesex in but quickly lost the services of on-loan seamer Ryan Sidebottom, pulling up with a suspected hamstring problem inside two overs.

For many hopefuls, Saturday is the last stop on the road to the Kentucky Derby

For many hopefuls, Saturday is the last stop on the road to the Kentucky Derby