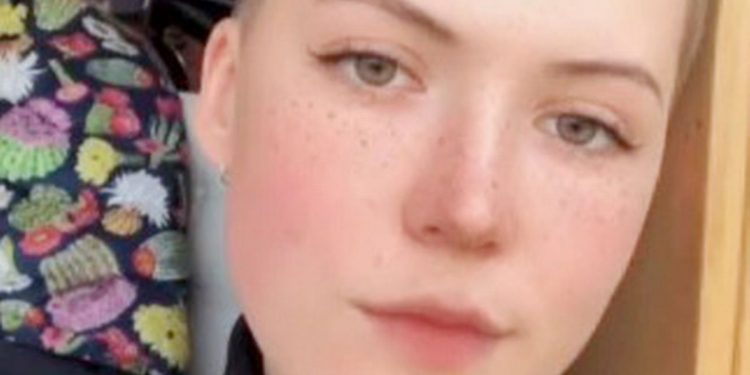 
A woman who met her husband on Tinder when he was 40 years old and she was just 18 has been blasted with messages saying their relationship is “wrong”.

Sav and Mark, from Sydney, Australia, regularly post about their 22-year age gap relationship on TikTok where they joke about the difference between their generations.

The couple have now been together for five years and tied the knot in an intimate ceremony at home with only their closest family and friends.

In the clip, Sav reflected on how she met Mark at the age of 18 when she “thought I would die a virgin”.

The TikToker then shows footage of her husband sipping on a mug of coffee and comments: “This 40-year-old MF matching with me on Tinder.”

Since it was uploaded with the caption “don’t be mad” and the hashtags #daddy and #agegaplove the post has received a mixed reaction.

One user commented: “I’m not into older guys myself, but what you see in him specifically is clear as day, oh my.”

Another viewer suggested Sav’s husband Mark was a “Colin Farrell” lookalike and someone else called him “handsome as f***”.

Someone else said: “Talk to us again a couple of years after it’s over Luv. That realization. It killed me.”

Hitting back at the comment, Sav replied: “Five years on… married to him and in love, hon cheers though.”

Meanwhile, another couple have the exact same age gap of 22 years but in reverse – with the woman in the relationship blasted by trolls as being a “cougar” or a “sugar mummy”.

Alexander, 24, describes his 47-year-old partner Rachel as his “soulmate” but often gets criticism and even cruel jibes that he’s “after her life insurance”.

The pair said they have been together more than a year and are very happy.