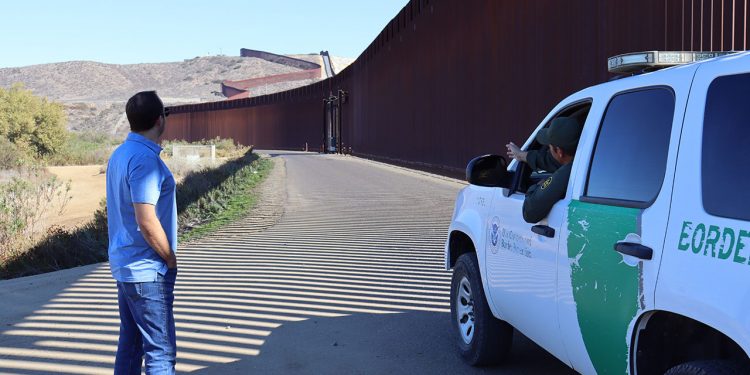 A federal judge granted a temporary restraining order on Monday blocking the Biden administration from lifting Title 42, a public health order that allows the federal government to quickly expel migrants, until it officially expires next month.

The Centers for Disease Control announced on April 1 that it would terminate Title 42 on May 23, saying that the order “suspending the right to introduce migrants into the United States is no longer necessary” due to “an increased availability of tools to fight COVID-19.”

The lawsuit was originally filed by Missouri, Louisiana, and Arizona in the U.S. District Court in Louisiana. Several other states have since joined the lawsuit.

Border Patrol is already not using Title 42 to expel some migrants from the Northern Triangle countries of Guatemala, Honduras and El Salvador, instead processing them via Title 8 and expedited removal, Fox News reported last week.

“We applaud the Court for approving our request for a Temporary Restraining Order to keep Title 42 in place,” Arizona Attorney General Mark Brnovich said Monday. “The Biden administration cannot continue in flagrant disregard for existing laws and required administrative procedures.”

The Biden administrations’ announcement that it would end Title 42 came under fire from Republicans and Democrats alike amid a historic surge in migrant encounters at the southern border, which topped 221,000 in March.

The bipartisan Problem Solvers Caucus threw its weight behind a bill last week that would prevent the Biden administration from lifting Title 42 until 60 days after the CDC has formally ended the COVID-19 public health emergency declaration.

“I warned the administration about this months and months ago, and they still don’t have an adequate plan,” Sen. Mark Kelly, D-Ariz., told Fox News Digital earlier this month. “They say they are working on it. My guess is that we’ll get to May 23, there probably is not going to be an adequate plan in place and, if that’s the case, I don’t think we should lift Title 42.”

Judge threatens to stop Bidens Title 42 plan, right as he rushes to defend it – POLITICO