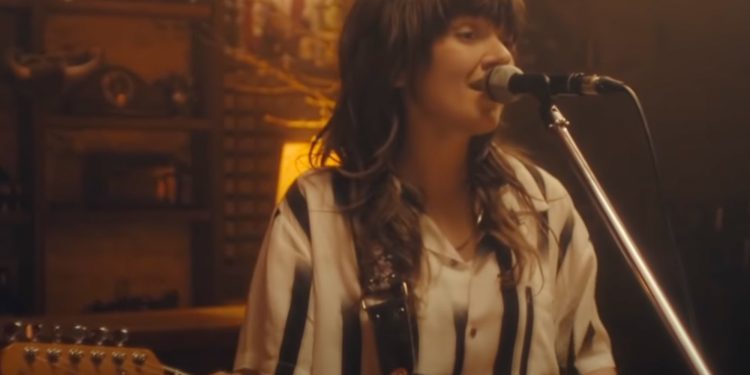 
Courtney Barnett has self-confirmed for this year’s Glastonbury festival after announcing her 2022 UK and European tour dates.

The Australian singer-songwriter, who released ‘Things Take Time, Take Time’ last November, will hit the road in the UK and Europe in between festival slots and her shows supporting The National and Foo Fighters.

You can see the full list of UK dates below

You cans see Courtney’s full list of EU dates, and gigs supporting The National and the Foo Fighters here:

The news about Barnett appearing at Glastonbury comes after Little Simz was yesterday (February 2) announced as a headliner of the West Holts stage at Glastonbury.

This year’s Glastonbury will take place from June 22-26. So far, Billie Eilish has been confirmed to headline the Pyramid Stage on June 24 while Diana Ross will play the ‘Legends’ slot on the Sunday (June 26).

Emily Eavis has confirmed that the full line-up for Glastonbury 2022, as well as its accompanying poster, will be announced in March, and that the festival “will give you some news” regarding the line-up “by the end of the month”.

In other Barnett news, her upcoming documentary Anonymous Club has been announced for a theatrical release next month.

The film will be released on March 17 and chronicles Barnett’s emotional dissolution as she tours 2018’s ‘Tell Me How You Really Feel’.

In a press release shared today (February 3), director Danny Cohen said of the film: “After three years on (and off) the road, and a blurry few months in the edit suite with legendary editor Ben Hall, it’s wild to think that piece by piece, I’ve documented a story; one of a searching woman, of tremendous personal growth, and limitless talent.

“I’ll be forever grateful to Courtney for this experience, and I’m looking forward to sharing the film with audiences here in Australia and internationally.”

Why the U.S. might have lost jobs for the first time in more than a year

7 Tips to Keep Your Dog Safe at a Football Party

7 Tips to Keep Your Dog Safe at a Football Party