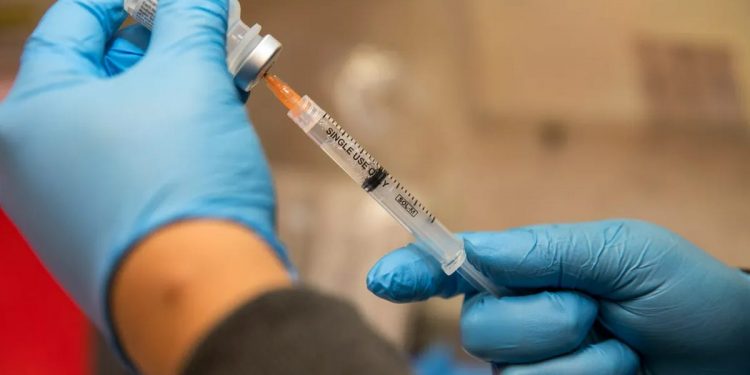 COVID-19 cases and hospitalizations are still on the rise locally, even though community transmission levels of the virus remain low, according to the Centers for Disease Control and Prevention.

The Coachella Valley is also continuing its upward trend of cases. The nine Coachella Valley cities added 841 new COVID-19 cases in the eight days ending Wednesday. There were also four deaths reported during that time period, with Cathedral City, Indio, La Quinta and Palm Springs reporting one each.

Here is a full breakdown of confirmed total cases, deaths and recoveries by city since the start of the pandemic (with weekly changes shown in parentheses):

Though cases are continuing to climb in Riverside County, the CDC says the region has a low community transmission level. People “may choose to mask at any time,” but those with symptoms, a positive test or those who have been exposed to COVID-19 should wear a mask, according to the CDC.

Hospitalizations in Riverside County also grew from Friday. There were 93 patients on Wednesday, up 13 from Friday’s count. That number also includes 9 people in intensive care, an increase of four people since Friday.

During Tuesday’s Desert Healthcare District meeting, Linda Evans, chief strategy officer of Community Advocacy for the Desert Care Network, said the three local hospitals are seeing a “slight uptick” in COVID-19-positive patients. There were 11 patients hospitalized at Desert Regional Medical Center in Palm Springs, one at JFK Memorial in Indio and zero at Hi-Desert Medical Center in Joshua Tree.

“It’s not as bad, obviously, as previous surges, but we are remaining conscious and diligent,” Evans said.

Eisenhower Health reported around 20 patients on Tuesday, according to statistics on the hospital’s website.

Riverside County added six deaths since Friday, bringing the total to 6,538 deaths since the beginning of the pandemic.

In Riverside County, 62.5% of residents ages 5 and older are fully vaccinated and another 6.5% are partially vaccinated, as of May 17. About 32.9% of the population ages 12 and older has received an additional/booster shot.

Pfizer-BioNTech’s COVID-19 vaccine appears to be safe and effective for children ages 6 months to 5 years, according to a company study released early Monday.

The study of nearly 1,700 children showed the vaccine was as safe as a placebo and more than 80% protective during the omicron outbreak. No new safety concerns were identified during the trial, the companies said in a news release, and the majority of reported adverse events were mild or moderate.

Pfizer and its partner BioNTech have been testing their COVID-19 vaccine in children under 5 since last year. Company research suggested two shots would not be enough to prevent illness in that age group during the omicron outbreak, so the companies added a third shot to the regimen.

The vaccine is the same as is given to older children and adults, but the dose for younger children is 3 micrograms, one-tenth the size of the adult dose.

USA Today contributed to this report.

Ema Sasic covers health in the Coachella Valley. Reach her at ema.sasic@desertsun.com or on Twitter @ema_sasic.