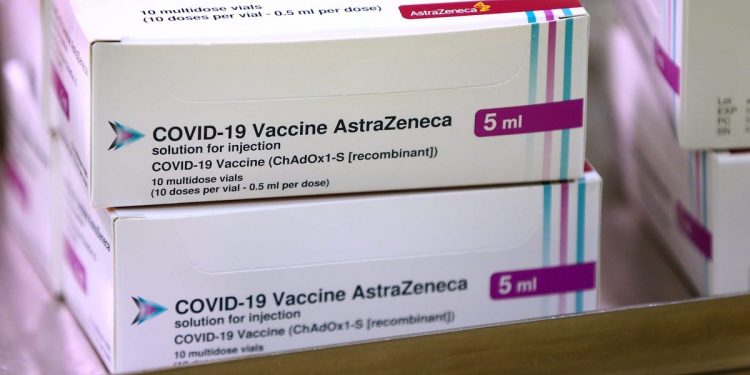 
A mother has died after a “catastrophic” bleed on her brain,  caused by Vaccine-Induced Thrombotic Thrombocytopenia (VITT), an extremely rare side effect of the COVID-19 vaccine, an inquest heard.

As her condition worsened, she was taken to Rotherham hospital, where she was pronounced dead 17 hours later, in the early hours of March 24, 2021.

This week, the inquest at Doncaster Coroner’s Court heard that Lockwood originally went to Rotherham Hospital’s ER two days before she died but left without being seen after waiting a long time.

South Yorkshire Coroner Nicola Mundy said Mrs. Lockwood had been “extremely unlucky.” By the time she was seen, there would have been no way to help her, the BBC report.

Little was known about the link between the COVID-19 jab and VITT at the time of Lockwood’s death, the coroner said, but “medical advances” meant the condition is now better understood.

Mundy said: “Kim’s pain wasn’t appropriately managed, and the family should have been listened to.”

The BBC report that Lockwood’s father, Wayne Merrill, said his daughter’s last words to him were that her headache was “actually killing her.”

The inquest was a read a family tribute to the mother of two sons – Jayden, 14, and Jax, seven describing a “kind, fun-loving” mother who loved to dance.

Speaking after the inquest Lockwood’s family said she had died in agony,  the BBC reported.

The Government data which assesses reactions from COVID-19 vaccines shows that Lockwood’s reaction was extremely rare.

Acknowledging these extremely rare outcomes, the Government states that vaccination is still “the single most effective way to reduce deaths and severe illness from COVID-19.”

People who had COVID-19 were about eight times more likely to have a blood clot on their brain than somebody who took the AstraZeneca vaccine.

Clots are extremely rare in both cases, but occurred significantly more in people who got sick from COVID-19, according to a comparison of two large data sets by experts at the University of Oxford, Insider’s Marianne Guentot reports.

In the UK, 52.7 million people have had their first dose of a COVID-19 vaccine, with 49.2 million having had their second, Government data shows.

38.5 million people have had a third or booster dose.

How Do You Protect Your...