Covid US: Fauci warns that Omicron may not be the ‘end’ of pandemic

Dr Anthony Fauci, the nation’s top infectious disease expert, warns that the Omicron variant may not spell the end of the COVID-19 pandemic.

Fauci, director of the National Institute of Allergies and Infectious Disease, told the Davos Agenda virtual event Monday that ‘natural vaccination’ – or immunity via previous infection – might not be as effective as some believe.

Like the emergence of Omicron, there is potential for a new variant to emerge in the future that can bypass the natural immunity provided by infection from the new strain.

He says that even if Omicron – which has caused a massive surge in new cases worldwide but is not as severe or deadly as its predecessors – is the final strain of Covid, it will likely become endemic.

His warning runs counter to the positive predictions coming from some officials in the UK who believe that the virus could have a ‘flu-type’ relationship with people by the end of the year based on its current spread.

Dr Anthony Fauci (pictured), warned that the Omicron variant may not be the virus’s final strain, as there is potential for another strain that can evade immunity from Omicron to emerge in the future 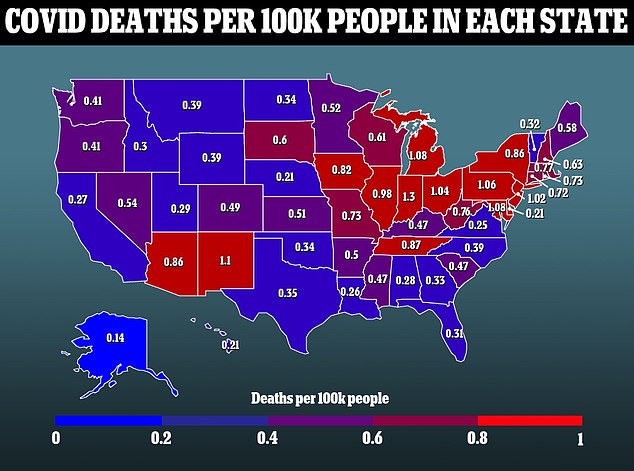 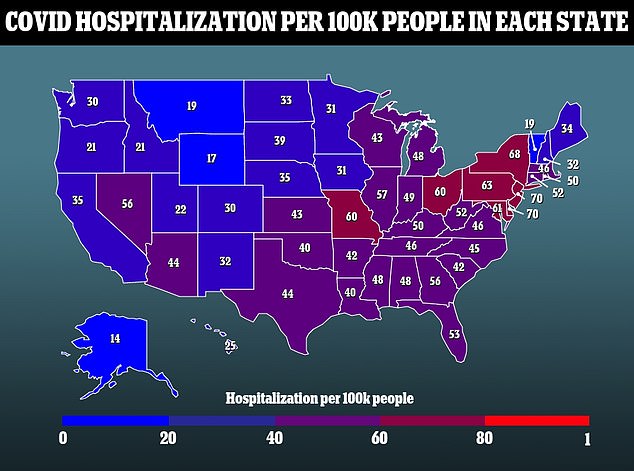 ‘I would hope that that’s the case. But that would only be the case if we don’t get another variant that eludes the immune response of the prior variant,’ Fauci said.

Fauci has previously made grim projections about new Covid variants, and was even correct about a variant like Omicron emerging.

In August, when the Delta variant was first rising in the U.S., Fauci warned that with transmission of Covid so rampant it was likely that a vaccine resistant variant would eventually emerge.

He fears that there is a chance another variant emerges that has mutated in a way that allows it to get around protection provided by recovering from Omicron.

Covid becoming endemic as a result of Omicron has become a common theory among health experts and officials, and has served as a beacon of hope for the population suffering through the recent surge.

Britain could have a ‘flu-type’ relationship with Covid by the end of 2022, one of the Government’s scientific advisers said today.

Dr Mike Tildesley, who sits on an influential modelling sub-group of SAGE, warned the country ‘was not there yet’ because hospitalization levels from the virus are still ‘relatively high’ — despite being just a fraction of those seen in previous waves.

But he predicted even milder variants than Omicron would emerge over the course of the year, bolstering the UK’s wall of immunity and creating an even bigger disconnect between infection numbers and hospitalizations and deaths.

Dr Tildesley, a modeler at Warwick University, said the data suggested the pandemic was ‘turning around’ following the Omicron wave, meaning ministers could start discussing what ‘living with’ Covid would be like.

Infections are now in freefall across the country, with MailOnline analysis suggesting outbreaks are now shrinking in 96 per cent of England’s 7,000 neighborhoods. Hospitalizations also appear to be trending downwards.

Education Secretary and former vaccine tsar Nadhim Zahawi today described the figures as ‘promising’, and a sign ‘Plan B’ restrictions could be lifted before the end of this month because the country is set to be in a ‘much better place’ within weeks.

The optimistic comments came as a World Health Organization expert today said there was ‘light at the end of the tunnel’ for Britain amid plummeting case numbers and stable hospital rates.

Omicron is burning through people so quickly, causing daily Covid cases to hit records almost everywhere in the world, that it could soon run out of people to infect.

The variant has also prevented other strains of the virus from infecting people. According to data from the Centers for Disease Control and Prevention, Omicron accounts for 98 percent of active cases in the U.S., almost entirely pushing out the much more severe Delta variant.

Add that Covid booster shots have been found to be effective against the variant and the number of people left for the variant to infect is quickly running out.

Once it does burn out, infections will continue at a lower rate, and due to the mild nature of the variant and regular availability of vaccines in the developed world it should be possible to control the virus.

Fauci said reaching that level is what would be needed for Covid to be shifted from a pandemic to endemic.

‘Control means you have it present but it is present at a level that does not disrupt society,’ he said.

‘That’s my definition of what endemicity would mean.’

At this point, life would basically be back to normal. Lockdown measures, masking and vaccine mandates would no longer be needed even though the virus is still circulating.

‘It’s not going to be that you’ll eliminate this disease completely. But hopefully, it will be at such a low level that it doesn’t disrupt our normal social, economic and other interactions with each other,’ Fauci said.

This would make Covid similar to the flu. A common, sometimes deadly, yet preventable and fairly mild illness that modern society has learned to live with.

In the UK, experts are also hopeful that the virus will effectively become another version of the common flu.

The Scientific Advisory Group for Emergencies (SAGE) has modeled a potential future where people live with Covid the same way that they do the flu.

Dr Mike Tildesley, a modeler for SAGE, predicted this week that while the virus is still currently a danger, its mild nature and the quick decline in cases being experienced in the country mean it could soon become endemic in England by the end of 2022.