New York City‘s top health official says mask mandates and vaccine checks could make a comeback as the city battles a slight uptick in cases and hospitalizations from the omicron BA.2 subvariant.

But one small business association says the return of pandemic restrictions would be a step ‘backwards’ that bars and restaurants ‘cannot afford’ as inflation and supply chain issues cut into their bottom lines.

The city increased its COVID-19 alert from low to medium this week.

Commissioner Ashwin Vasan – who previously sparked outrage when he said children under 5 will stay masked ‘indefinitely’ – has announced that restrictions will come back for all New Yorkers if things get worse.

‘It’s clear that if we moved into a high risk and high alert environment, we’d be seriously considering bringing those mandates back,’ he told CNBC.

The city would go into high alert if 10 out of every 100,000 people are hospitalized with COVID, or if inpatient beds reached 10 percent occupancy across a seven-day average.

Hospitalization rates are currently at seven out of 100,000, which is close to the high alert benchmark. Hospital occupancy, however, remains at a low 3.12 percent, though it’s still increasing.

As of today, 87 percent of adults and 78 percent of all New Yorkers are fully vaccinated.

A spokesman for the city’s Department of Health and Mental Hygiene told DailyMail.com they’re ‘watching the data’ but still recommend that New Yorkers wear a mask indoors – which is currently only required on public transportation, at health facilities or during Broadway shows.

The return of stringent COVID restrictions would affect businesses like restaurants and movie theaters that just stopped checking customers’ vaccine cards in March. Customers who have largely gotten used to baring their faces in public establishments again would also have to adjust to the sudden shift. 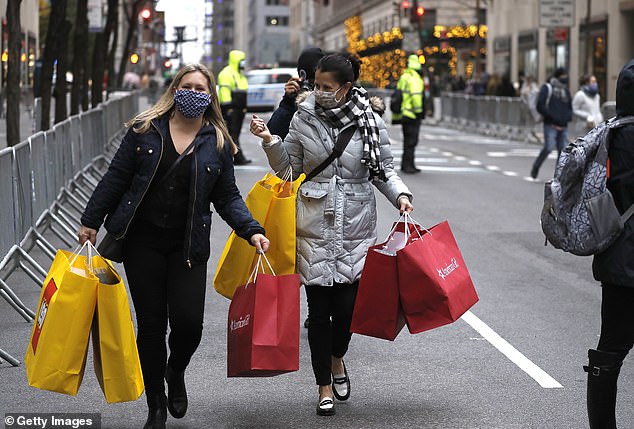 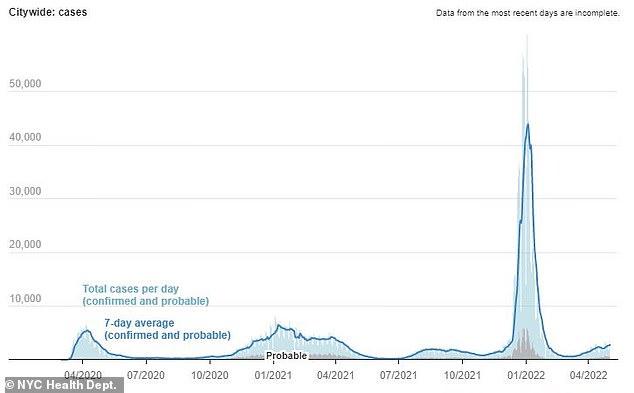 Cases have trended upward in New York City due to the new BA.2 and BA.2.12.1 subvariants of Omicron 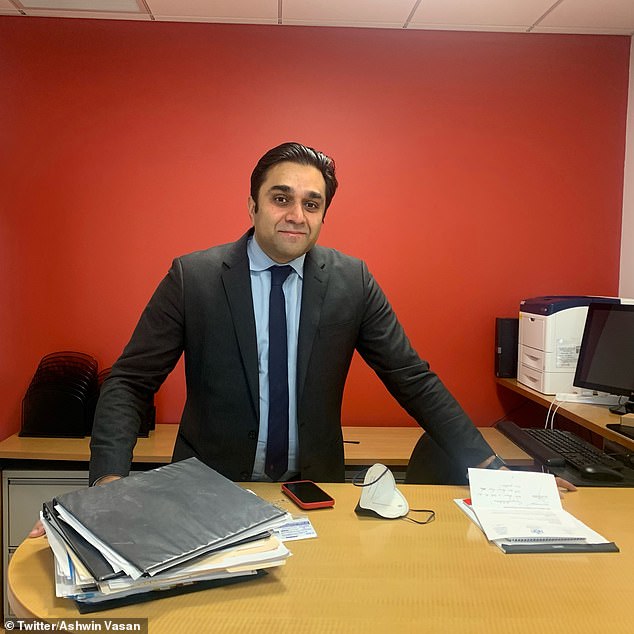 NYC Health Commissioner Ashwin Vasan said: ‘It’s clear that if we moved into a high risk and high alert environment, we’d be seriously considering bringing those mandates back’

The Broadway League, a trade association of theaters, producers and managers, told DailyMail.com they will follow any ‘city, state and CDC guidelines’ if new rules are put in place.

But some New Yorkers may find the return of mandatory masking and vaccine checks difficult as the city slowly returns to normal.

Children are NOT at serious risk from Covid, multiple studies show

Multiple studies have shown young children are not at serious risk from Covid-19.

Data from from American Academy of Pediatrics shows children accounted for about 19 percent of all COVID cases, but less than 0.26% of cases resulted in death.

A study from October found that around half of pediatric Covid cases are asymptomatic, and that was before the more mild Omicron variant became dominant in the U.S.

A study in February, found the Pfizer vaccine was only 12% effective at preventing Omicron in five- to 11- year-olds.

The main argument in favor of vaccinating children is to prevent them from spreading the virus but researchers from University of Berlin found, on average, children release less Covid particles into the air. Experts believe people who release lower amounts of aerosol particles when speaking have smaller viral loads, which also means they do not spread the virus at the same level.

The conservative National Federation of Independent Business called the potential return of restrictions a ‘challenge.’

‘Now, with rampant inflation, supply chain disruptions, labor shortages, and increased labor costs, a contraction in economic activity would be devastating for the economy and our small entrepreneurs,’ the association told DailyMail.com in a statement.

‘New York’s economy is just starting to rebound with a return to some normalcy. Now is not the time to go backwards.’

NYC Health spokesman Patrick Gallahue says the department is keeping an eye on rising cases and ‘working to bring our alert level back to low.’

‘At the moment that entails recommendations to New Yorkers to mask up in public indoor settings,’ he said.

Hospitalization rates are currently at seven out of 100,000 residents. At 10, the city would go into high alert.

‘We would need to see those levels rise to concerning benchmarks in order for us to move into a higher risk category,’ Commissioner Vasan told CNBC. ‘I think the choices we make now are going to be determinative.’

Vasan is a Harvard graduate who teaches clinical population and family health and medicine at Columbia University.

Mayor Eric Adams lifted vaccine checks in early March. The mask mandate for students at public schools from K-12 have also ended, though toddlers are still required to wear masks as they’re ineligible for vaccines as of yet.

Infections and hospitalizations are down more than 90 percent from the peak of the Omicron wave in January but have been ticking upward because of the new subvariant.

Hospitalizations in the city have also gone up from a post-Omicron low of 20 on March 6 to 51 on Monday. 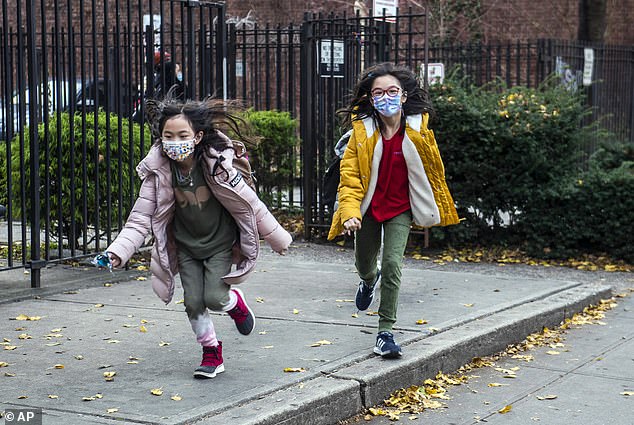 New restrictions would have a significant impact on residents of the Big Apple who have gotten used to baring their faces in public. Masks are currently only required on public transportation, health facilities, Broadway shows and at schools for kids under 5 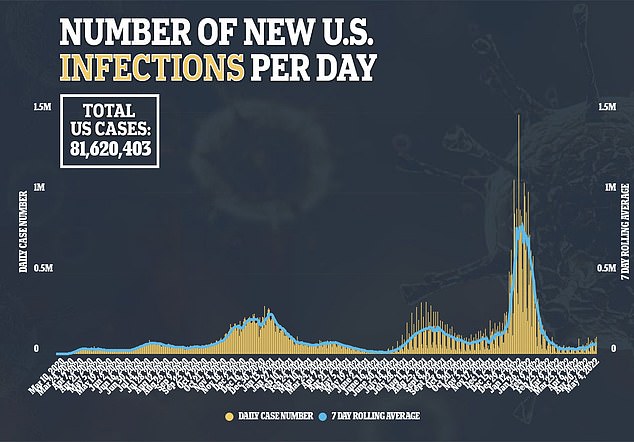 The BA.2 variant is now behind 61.9 percent of cases in the US, according to the Centers for Disease Control

‘Between the end of the omicron wave and the beginning of this current wave, we had maybe a month of relatively low transmission,’ Vasan said.

‘What I’d like to see is a prolonged period of low transmission.’

Last month, Vasan sparked outrage after saying children younger than five will have to wear masks while in school for the foreseeable future.

‘I think it’s indefinite at this point,’ Vasan said when asked about how long the policy would remain in place. ‘People who have tried to predict what’s going to happen in the future in this pandemic have repeatedly found egg on their face, as they say, and I’m not going to do that here today.’ 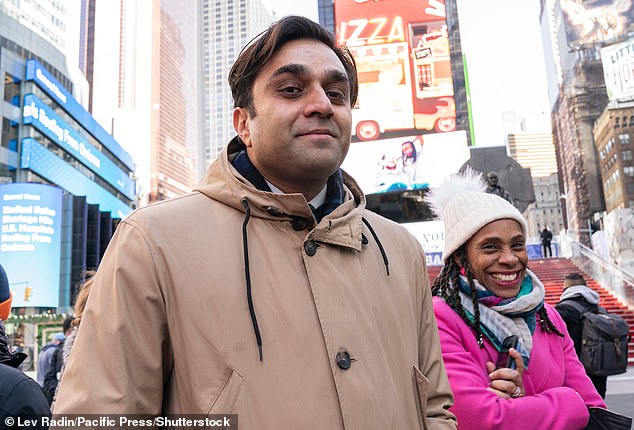 Vasan is a Harvard graduate who teaches clinical population and family health and medicine at Columbia University. He joined the administration of Mayor Eric Adams in March 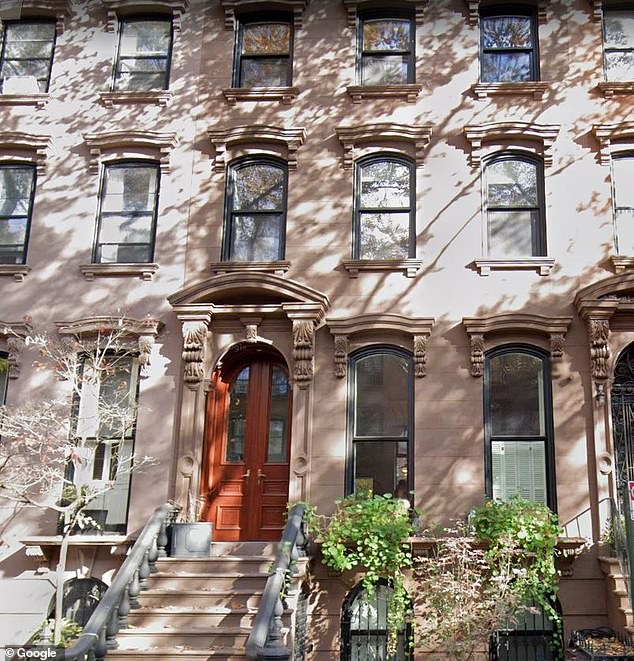 New York’s Health Commissioner has been given an NYPD security detail after angry parents showed up at his Fort Greene, Brooklyn home, pictured, to protest (file photo) 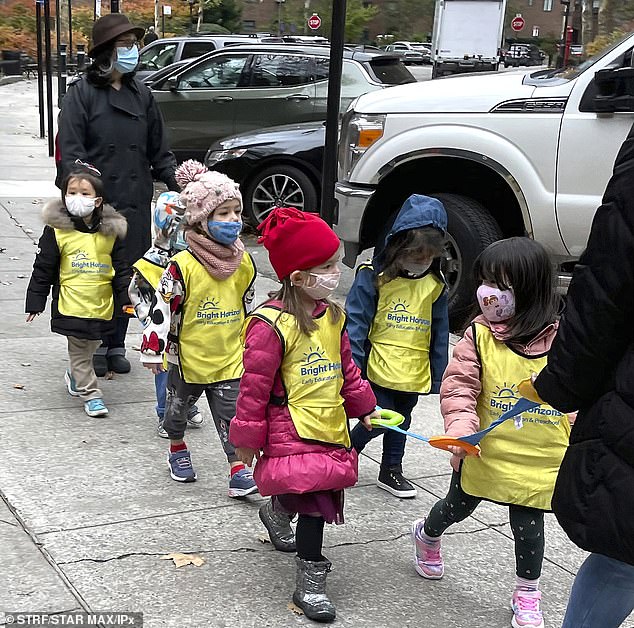 Children are pictured out and about in New York City wearing face masks in November. Those aged 2-4 are the last group to be forced to still wear masks – even outdoors in some cases

They shouted ‘unmask our kids’ while another flew a ‘F**k Biden’ banner.

The BA.2 variant is behind 61.9 percent of cases in the US, according to the Centers for Disease Control. The BA.2.12.1 variant is responsible for 36.5 percent of nationwide cases.

Both are subvariants of Omicron.

Luckily for Americans, and people around the world, the most recent version of the virus that has taken over the world is more mild than others.

The Omicron variant, which rose to prominence in late 2021, causes hospitalization and death at much lower levels than its predecessor, the Delta variant.

It is also highly infectious, and entirely snuffed out the more-dangerous Indian-borne strain. According to most recent data from the Centers for Disease Control and Prevention (CDC), the variant makes up every single sequenced cases in the US.

Nintendo Has Had Some of the All-Time Best E3 Moments

“Catastrophic” Consequences of the US Defaulting on Its Debt

Nintendo Has Had Some of the All-Time Best E3 Moments

“Catastrophic” Consequences of the US Defaulting on Its Debt