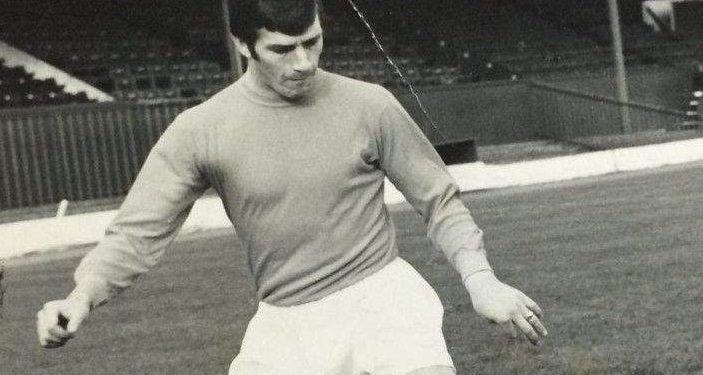 A COWDENBEATH FC legend and member of the club’s hall of fame has sadly passed away.

The club has been left extremely saddened to hear that Henry Mowbray passed away on Friday morning in hospital after a period of ill-health. He was 75.

Late in 1966, a young Mowbray featured as a trialist for Cowden; he did well and was promptly signed from Blairhall.

At the time, Blackpool had been interested in Cowden’s right-back Andy Rolland but liked the look of the new lad – Mowbray – even more.

In April 1967, Blackpool boss, Stan Mortenson, offered £6,000 for Henry and a new record fee was pocketed by Cowden.

Mowbray had never played in a losing Cowden side away from home.

Mortenson signed Mowbray on the same day as Tony Green, from Albion Rovers. Mowbray played for Blackpool in the top flight of the English game.

He had a good career in England but after six years came back to Scotland and joined St Mirren.

His Love Street spell was brief and he elected to go to Australia, where he enjoyed some good times playing for Melbourne Hakoah and Sydney City.

“He returned then to Fife and in recent years was a regular at Central Park. He also became a Cowden shareholder and a Club 135 Lounge member.

“Fans who watched him play for us as a young lad were thrilled to be able to chat to him in the Andy Matthew Lounge.

“Henry is a member of the Cowdenbeath FC Hall of Fame and 50 years after he last played for the club he was an ardent fan cheering on Cowden.

“A true Cowden FC legend – as aforementioned, Henry will be deeply missed by those who saw him wear the shirt and on a personal basis by those who were privileged to know him as a fellow Cowdenbeath FC fan.

“He was a friend and a true Cowden man.

“We offer the sincere condolences of everyone at Central Park for their loss to all of Henry’s friends and family.

“He will also be much missed on a personal basis by everyone at Central Park.”

Who Is Vernon Winfrey? 5 Things About Oprah’s Dad Who Died – Hollywood Life

Can You Gamble On PS5?

Can You Gamble On PS5?