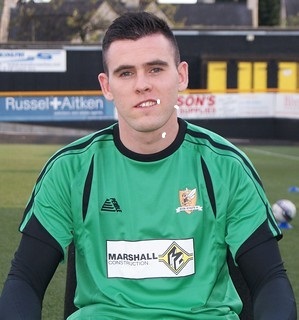 COWDENBEATH have signed a new goalkeeper as they prepare for a crucial period in the club’s history.

Craig McDowall, 31, who was with Alloa last season, put pen to paper on a deal just before Saturday’s game with Stranraer at Central Park.

He has also played for Livingston and East Fife and Blue Brazil manager Maurice Ross said: ‘It’s good to have Craig with us now.

“He has been in training with us recently and impressed in those sessions.

“His signing helps strengthen our squad for the important games that lie ahead.”

McDowall, who will compete with with regular goalkeeper Cammy Gill for the number one jersey, has arrived at a precarious time for the club which is lying bottom of League Two with 15 matches to play.

They are nine points behind both Albion Rovers and Elgin City and travel to Coatbridge on Saturday.

The team that finishes bottom of the table will face a play-off to stay in the Scottish league.