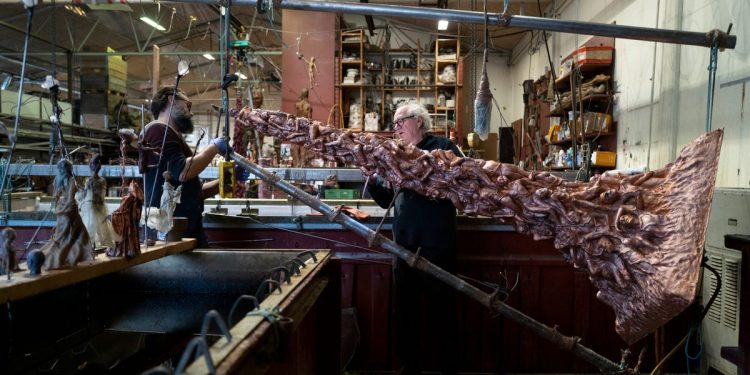 
The Danish creator of a Tiananmen Square massacre memorial released the copyright on his sculpture so people can make 3D-printed copies to annoy China.

The sculpture is part of a monument project started by artist Jens Galschiøt in the 1990s to memorialize acts of genocide around the world, according to an Insider report by Cezary Podkul.

Made from copper, bronze, or concrete, the 26-foot-tall “Pillar of Shame” sculptures were installed in Hong Kong, Mexico, and Brazil, before the project was stalled.

But the sculpture in Hong Kong was ultimately removed from the University of Hong Kong’s campus in December amid China’s sweeping crackdown on free speech and dissent.

Since it was removed in Hong Kong, Galschiøt has been working to meet incredible demand for replicas of the sculpture, and has released a free blueprint for people to 3D print their own copies.

“They have made a big mistake,” Galschiøt said of the sculpture’s removal in an interview with Podkul. “Now, instead of one, they’re getting hundreds of Pillars of Shame.”

Galschiøt forfeited his sculpture’s copyright and said people are free to print or mass-produce replicas as long as proceeds go to pro-democracy efforts in Hong Kong and China.

Efforts to recreate the memorial have sprung up around the world. One group of former US government officials is even working to construct a sculpture to put outside China’s embassy in Washington DC.

Biden could use Defense Production Act for EV battery minerals