Credit Suisse has been slapped with a fine of more than £147million by Britain’s financial regulator over corrupt loans which it arranged for Mozambique in the so-called tuna bond scandal.

The troubled Swiss banking giant arranged debt worth more than £940million for the south east African nation, but these loans were ‘tainted by corruption’, the Financial Conduct Authority (FCA) found.

On top of the fine, Credit Suisse has also agreed to write off £145million of debt which it was owed by Mozambique. 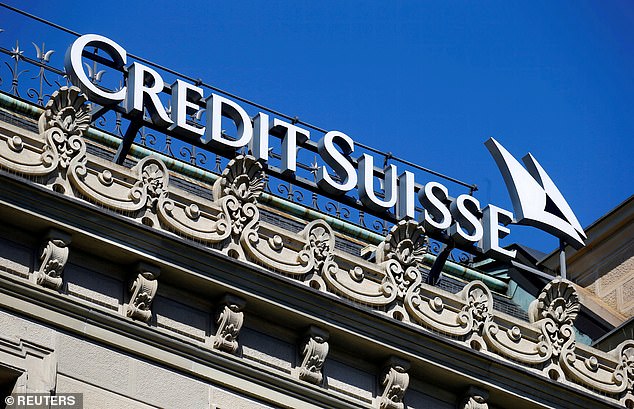 Fined: Credit Suisse arranged debt worth more than £940million for the south east African nation, but these loans were ‘tainted by corruption’, the Financial Conduct Authority found

The penalties were part of a £344million global resolution agreement, which also involved the US Department of Justice and US and Swiss regulators.

The affair was dubbed the tuna bond scandal because the loans to Mozambique were designed to be used to set up a state tuna fishing fleet, and to develop a security network after the country discovered offshore natural gas.

Mark Steward, executive director of enforcement and market oversight at the FCA, said: ‘The FCA’s fine reflects the impact of these tainted transactions which included a debt crisis and economic harm for the people of Mozambique.’

The loans to Mozambique were meant for three separate maritime projects, and the FCA said that though Credit Suisse should have been aware that the country carried a high risk of corruption, it failed to monitor the transactions properly.

One of the contractors involved on the projects, nicknamed the ‘Master of Kickbacks’, handed out bribes of around £36million to members of Credit Suisse’s deal team – including two managing directors – in order to secure the loans at more favourable terms, the FCA said.

Those bankers deliberately concealed the kickbacks – but Credit Suisse’s control staff still should have spotted them, the regulator added. Credit Suisse said it hoped it ‘can now draw a line’ under the matter.