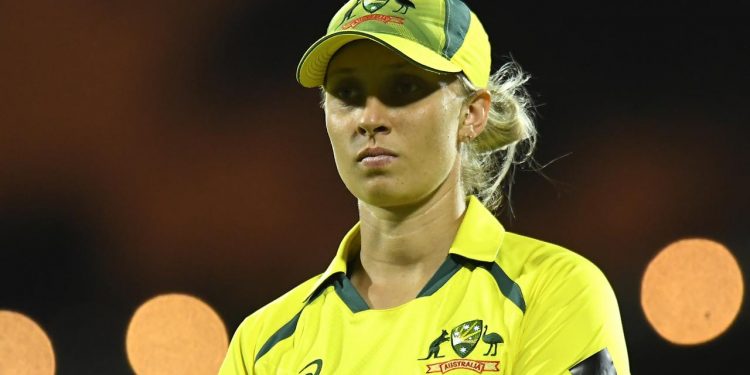 The Aussies are favourites to win the women’s World Cup but their campaign has hit a snag after a star player contracted Covid.

Australia’s ODI women’s World Cup campaign has hit a snag before it has even begun after Ash Gardner tested positive to Covid-19 on the eve of the tournament in New Zealand.

Cricket Australia (CA) confirmed the star all-rounder contracted Covid in Christchurch and will miss at least the first two matches against England and Pakistan as she isolates for 10 days.

Australia’s third match of the World Cup is against New Zealand on March 13, the day after Gardner is due to finish her isolation period.

The 24-year-old’s positive test is a significant blow to Australia and will trigger a change in the line-up, with Annabel Sutherland and Grace Harris likely options to replace Gardner in the XI.

CA said in a statement the Australian team “will proceed with existing plans to travel to Hamilton this evening ahead of the side’s opening match of the ICC Women’s Cricket World Cup against England on Saturday.

Gardner, the Belinda Clark medallist, showed she was in impressive form leading into the World Cup with a quickfire 60 off 32 balls in Australia’s loss to New Zealand in a warm-up game earlier this week.

The World Cup gets underway on Friday when New Zealand take on the West Indies in the first match of the World Cup at Mount Maunganui.

Australia has won the ODI showpiece twice (1988, 2013), but will be desperate to atone for the disappointment of losing to India in the semi-finals of the 2017 World Cup.

A triumph at the World Cup would see Australia hold the Ashes as well as both the T20 and ODI World Cup titles.

Star batter Beth Mooney told news.com.au the Aussies are desperate to take out the World Cup but dismissed suggestions the team was driven by a desire to make up for its heartbreaking exit 2017.

“I think that chatter comes a lot from you guys in the media to be honest,” she said.

“This group and the support staff is very different to what it was back in 2017 and we’ve obviously played a lot of cricket since then too. So in terms of what we’re here to do as a group, it’s got nothing to do with what happened in the 2017 World Cup.

“We’re forging a different path this time around and making sure we’re being really positive and looking forward and not looking back.

“Certainly I think all that chatter comes from outside our group, which it totally fine and completely normal for a World Cup but within our group, we’re really focused on what’s ahead and how we can control that.”

Mooney, who will bat in the middle order, said this current Australian side is determined to claim an elusive ODI World Cup title.

“The One Day World Cups are probably a truer reflection of being the best team because you have to beat everyone to make the final,” she said.

“These tournaments are really tough to win because you have to be one your game from day one all the way through to 30 days later when the final happens.

“We’ve got to make sure come Saturday afternoon when we face England that we’ve got our best team out on the park and our best opportunity to start the tournament well.

“Everyone’s goal is to win the World Cup, isn’t it? You don’t travel halfway across the world and do quarantine to expect anything less of yourself and your teammates. That’s what we’ve got our eye on.

“The final is a long way off. There’s a lot of cricket to be played before then but you’d be silly to ask anyone and hear a different answer. It’ll be a huge challenge for everyone and we’re really looking forward to it.”

Watch every game of the 2022 ICC Women’s World Cup Live and Free on Kayo Freebies.