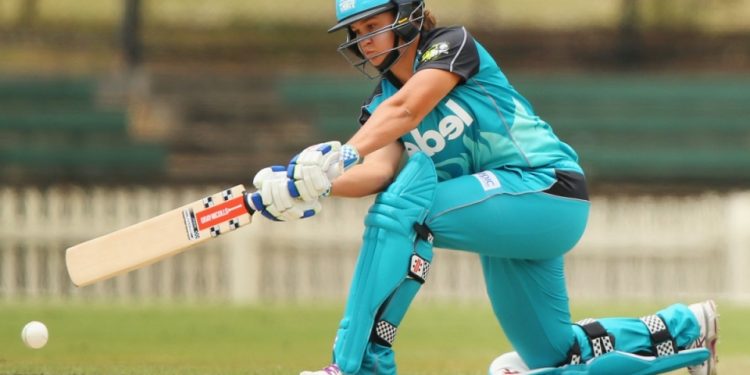 Australia’s World Cup-winning cricketers would welcome Ash Barty’s return to cricket – but only on the three-time major winner’s terms.

Barty rocked the sporting landscape when she announced her retirement from tennis a fortnight ago, hanging up her racquet on top of the sport as world No.1.

Among those surprised were Meg Lanning’s squad in New Zealand, many of whom played with or against Barty during her stint in the Women’s Big Bash League.

“I was surprised. I think we all were,” Lanning said.

“You don’t expect someone who’s going so well and dominating to call time. It’s a very brave call.”

Barty spent a season with the Brisbane Heat during a sabbatical from tennis as a teenager, when she struggled to deal with the relentless demands of life on tour.

Her best knock of 39 came against Lanning’s Melbourne Stars, when she was bowled by England’s Nat Sciver – two combatants in Sunday’s World Cup final in Christchurch.

Lanning said she admired Barty’s approach then and now.

“If she wants to come and have another crack at cricket [we] would certainly be interested in talking to her,” she said.

“She was pretty good at last time she played. She seems very talented at most things she does. Let’s see what happens.”

Showing her unique talents, Barty the golfer won the ladies’ competition at her home club Brookwater, near Ipswich, last weekend, playing off a handicap of five.

Ellyse Perry, who like Barty has competed in two sports at an elite level, commended Barty’s ability to compete on her own terms, walking to the beat of her own drum.

“There’s a general expectation you’ll play for an extended period of time and go for as long as you possibly can. That’s the norm,” she said.

“She genuinely tends to buck the norm a little bit and do what’s best for her which is just really cool.”

Perry said it was most important that Barty continued to follow her own path if she chose to resume a career in competitive sport.

“It sounds like golf is in with a better chance [than cricket],” she said.

“It’d be really nice for her to be able to do what she wants to do.