Cristiano Ronaldo is ‘key’ to Kylian Mbappe’s potential transfer to Real Madrid – because he reportedly ‘wants to quit Juventus’.

The Portuguese legend’s future has been a hot topic throughout the summer transfer window.

He was left out of the starting XI to face Udinese last weekend as he tries to sort out where he will be playing this season, amid reports he asked to be put on the bench.

And according to AS, the ex-Real Madrid icon could be prepared to quit Juve before next week’s deadline day.

The report adds PSG would be keen to swoop and make a move to sign Ronaldo.

That, in turn, could see them allow Mbappe, 22, to leave – with Ronaldo’s former employers at the Bernabeu ready to pounce.

AS do say this is merely a ‘train of thought’ at this stage – and it would take something spectacular for both deals to get over the line in time.

Both superstars are out of contract at their respective clubs next year so can negotiate free transfers from January. 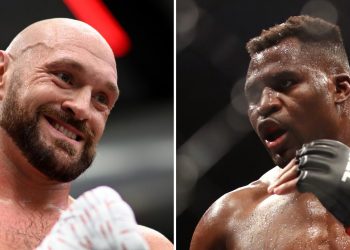