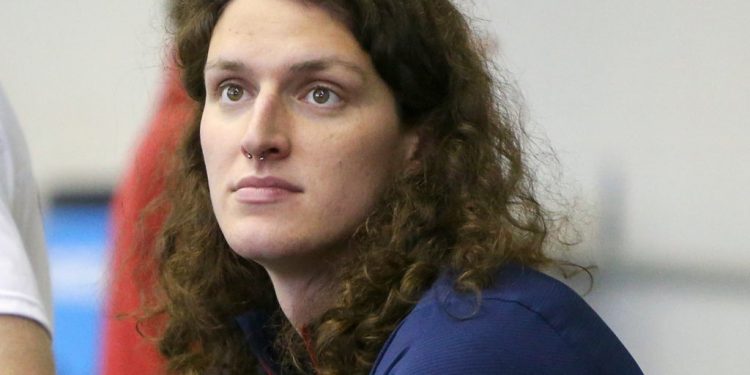 On 17 March, Lia Thomas became the first openly transgender athlete to win America’s top trophy in university sports when she swam to victory in the women’s 500 yard (457 meter) freestyle race.

Amid her success, though, Ms Thomas has become a lightning rod in the debate about trans women in sport, as well as a target for much of the American right.

Her right to compete in women’s races, and sometimes her gender itself, has been attacked by sports stars, politicians, activists, her competitors, and even some of her teammates’ parents, as well as protesters at the NCAA championship last week, who argued that her time living as a man gives her an unfair advantage.

Yet in all this, there has been scant detail about how Ms Thomas’s performance actually compares to other women at her level. The Independent crunched the numbers – and found little evidence that she poses any threat to women’s sport.

Ms Thomas began swimming at the age of five, and came out to her family in summer 2018. She began to use her new name Lia Catherine Thomas, on new year’s day in 2020.

“In a way, it was sort of a rebirth,” she told Sports Illustrated in an interview this year. “For the first time in my life, feeling fully connected to my name and who I am and living who I am.”

It was May 2019 when she began gender-affirming hormone replacement therapy (HRT), which involves taking supplements of estrogen and testosterone to bring their hormones in line with that of a cisgender (or non-transgender) person. This is usually the first step in what’s known as “medical” transition, as opposed to social transition (such as changing how you dress).

Men and women typically have naturally different hormone balances, although there is much variation within each sex. As we grow, those hormones cause our bodies to develop in different ways, which is why male athletes tend to perform at higher levels than female athletes.

However, our bodies still retain the capacity to respond to new hormones in adulthood, and so HRT causes radical changes to a person’s secondary sex characteristics.

For trans women, that means growing breasts, thinning body hair, changes to their emotions, shifting body fat into an “hourglass” shape, and – most relevantly to sports – drops in muscle mass and strength.

Both the NCAA and the Olympics allow trans women to compete in women’s events once they have been on HRT for a certain length of time, and as long as tests show their testosterone is below certain levels. There are different rules for trans men, because their pre-HRT performance is similar to cis women and they tend to gain strength and muscle mass from HRT.

Opponents of trans women’s inclusion argue that these changes are not enough to erase the natural advantages of growing up with testosterone. The scientific evidence is mixed, and post-HRT trans women do not currently dominate professional sport.

Ms Thomas skipped the 2020-21 swimming season, and so she has now been on HRT for nearly three years. According to Sports Illustrated, she lost strength and an inch of her height on HRT, making it impossible for her to match her performance.

So how does she perform as a swimmer today?

Let’s look first at Ms Thomas’s record in the NCAA. While some of her fastest times have been in other competitions, these are the easiest results to access and compare across multiple years and athletes.

All statistics in this article are for “short course yards” races, meaning they were done in a 25-yard pool.

These were impressive results, but they weren’t record-breaking. Though the overall competition saw 27 all-time NCAA records broken, Ms Thomas’s times weren’t among them.

A whopping 18 of those were broken by Kate Douglass of the University of Virginia (UVA), who now has the fastest times in US college history in the 50 yard freestyle, the 100 yard butterfly stroke, and the 200 yard breaststroke.

“It is easy to see how dominant Kate Douglass has become in the sport,” wrote Swimming World. “Many dominant swimmers have had three titles, and even three records, in one meet. But no swimmer in NCAA women’s history has ever won three different strokes in a single meet that involve the breaststroke, let alone three records.”

Other records were broken by Katherine Berkoff of North Carolina State University and Alex Walsh of UVA, as well as UVA’s medley teams in several events.

According to an Independent search of women’s records listed by USA Swimming, the US’ national governing body for the sport, Ms Thomas’s 500 yard time makes her the 15th fastest college swimmer, about nine seconds behind Katie Ledecky’s record in 2017.

Her swimming times are on par with cis women

How do these times compare to other women in the top ranks of US college swimming?

The Independent compiled a dataset of swim times for all top 8 NCAA women’s finishers over the last six years of competition in various events. 2020 was excluded because all NCAA championships were cancelled that year due to the pandemic.

In this field, Ms Thomas’s time in the 500 yards is the eighth fastest out of 56. That is notable because there are only seven events in the dataset, meaning there are some where her time would have only place her third.

The Independent also looked at numbers for the 500 yard men’s race, where Ms Thomas has competed at a high level in both men’s and women’s events, from 2015 to 2021. There, her finishing time is more than 20 seconds below the men’s average.

How fast did Thomas swim before going on HRT?

Some critics of Ms Thomas’ participation have pointed to her record before transitioning, when she competed in men’s races, claiming that moving into the women’s has improved her overall position.

Yet those comparisons may not be fair, because HRT appears to have changed Ms Thomas’s capacity over long distances. In men’s races, her best events were the 1,000 yard and 1,650 yard freestyle, whereas at this year’s NCAA championship she did not compete in those at all, according to Swimcloud.

Kyle Sockwell, a former NCAA swimmer who helped draw attention to a fake Twitter account impersonating one of Ms Thomas’s NCAA competitors, also noted that her 200 yard freestyle time was not at a full championship competition and was not “tapered”, meaning she did not reduce her training to rest just before the race, as many swimmers do to maximise performance.

According to a search of USA Swimming records, in the last season where Ms Thomas competed in men’s events, she came in ninth across the entire country in the 1,000 yard freestyle and 29th in the 1,650 yard freestyle.

“Lia Thomas was an elite and competitive swimmer while on the men’s team at the University of Pennsylvania,” says Mr Sockwell. “[The 1650 yard] event would have had Lia in the top 30-34 in the country and right on the bubble of making NCAAs.”

Schuyler Bailar, the first openly trans swimmer in the NCAAmen’s first division, who is now reportedly a friend and adviser to Ms Thomas, similarly wrote: “ Lia was absolutely a standout athlete when she was competing on the men’s team… it is far from abnormal or unlikely for an athlete to go from being ranked 11th to 1st in the span of a few years.”

It is also possible that Ms Thomas’ old times do not represent how fast she’d swim if she had never begun HRT. They date from an earlier point in her evolution as a swimmer, and therefore would not reflect any improvements in her technique or mindset since then.

“This is our only real case study where a competitive male swimmer has transitioned to female and been very competitive as well,” warns Mr Sockwell. “It’s all very new.”

These statistics seem largely in line with those of trans athletes across the world. Although trans women have been allowed to compete in women’s Olympics since 2004, none have won a medal.

Yet numbers can only tell us so much. Trans advocates argue that even if trans women were winning more competitions, that would not prove they had an unfair advantage, nor would it justify their exclusion from women’s events.

Indeed, it would be strange to contend that trans women should only be allowed to compete in women’s sports as long as they never win anything.

“This argument should never have to be made,” said Mr Bailar on Instagram this week. “No one says a cis women is allowed to compete because she ‘didn’t dominate.’ They say ‘wow, look how much Katie Ledecky wins by, she’s untouchable, that’s amazing!’

In a blog post, Mr Bailar also notes that exceptional athletes are often biologically unusual, from the long-armed Olympic swimmer Michael Phelps to the intersex runner Caster Semenya, who has been subject to baseless claims that she is is secretly a trans woman and was barred from the Olympics unless she undergoes hormone therapy.

Describing Katie Ledecky, who is since, Olympic champion swimmer Ryan Lochte even said: “She swims like a guy. Her stroke, her mentality – she’s so strong in the water. I’ve never seen a female swimmer like that.”

Hence, trans advocates ask, why should a woman’s gender history be treated differently from these other natural bodily variations, especially when trans women in top competitions are already required to regulate their hormones to stay in play?

That is a question statistics alone cannot answer.

Intellivison’s troubled Amico gets official unboxing but still no hint of a release date • Eurogamer.net

Intellivison's troubled Amico gets official unboxing but still no hint of a release date • Eurogamer.net