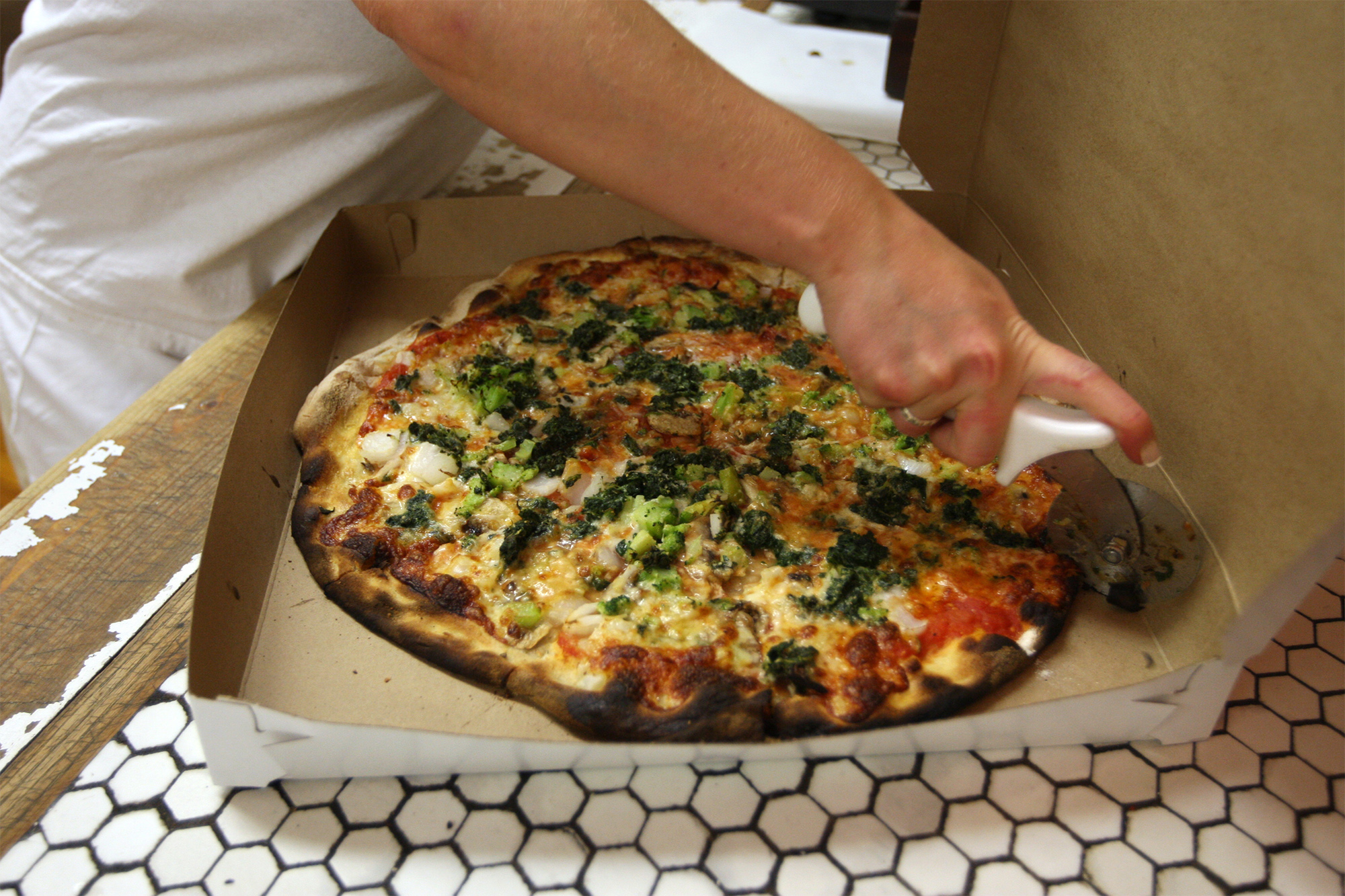 Rep. Patricia Dillon and Sen. Gary Winfield, both Democrats from New Haven, have proposed a bill to recognize Connecticut as a hotspot for tasty pizza joints, Dillon told The Post.

“Pizza is great in Connecticut —  it’s super! — and we don’t really have chains. It’s more family-owned restaurants, and it’s a community thing. You don’t eat pizza alone,” she said, adding that she’s a fan of Sally’s Apizza in New Haven.

“I ate my first slice ever in Times Square. I don’t pretend to be an expert on New York or New Jersey pizza — but there’s no question in my mind that Connecticut’s pizza is better. It has more flavor,” she insisted.

After news of the bill emerged, New Yorkers took to social media to slam the pizza flex as nothing but pie in the sky.

“Walk before you run. First learn how to make pizza,” one observer blasted on Twitter.

“You’re kidding right?” a pizza-proud New Yorker scoffed, while another user added,   “The only other state that can have pizza is New York. Connecticut needs to sit down.”

“New Jersey is the pizza capital of the world. Period,” a social media manager for Gov. Phil Murphy and @NJGov told The Post.

“It simply doesn’t make sense for a state that does not produce the world’s best pizza to make pizza their official state food.”

But many Connecticut residents quickly came to their state’s defense, insisting that Connecticut chefs do have serious pizza skills, no matter which way you slice it.

“Sally’s and Frank Pepe’s are two of the best pizzerias in the country. It’s a bit much for CT to make pizza the state food, but when it comes to pizza, CT’s got game,” one observer wrote.

“As the person who sat down and wrote #mysticpizza I endorse this move,” she tweeted — prompting one user to fire back, “It is a fiction that there is good pizza in CT, yes.”

The legislation, Proposed House Bill 5656, would amend chapter 33 of the Connecticut general statues to “recognize the contribution of pizza to the state’s cuisine and economy.”

Dillon said the bill is meant to celebrate the cuisine-based “joy that we have” in Connecticut at a time when most news lately, including coverage of the coronavirus pandemic, has been grim.

Escape to the city? Australians urged to holiday at home as pandemic hits tourism sector