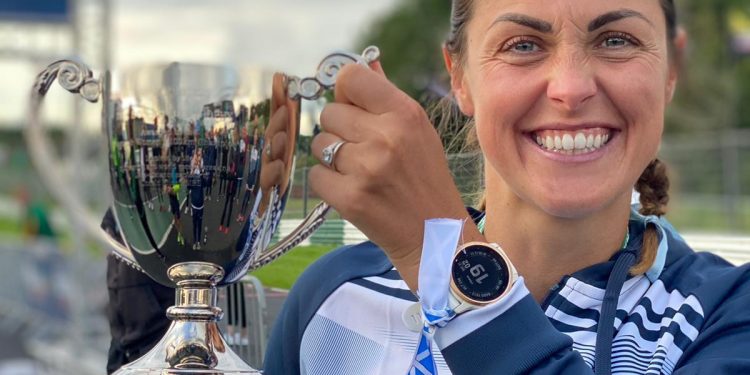 A CROSSGATES runner will pull on a Scotland vest after being selected for an ultra-running event.

Jo Murphy is one of nine athletes chosen by Scottish Athletics to compete in April’s Anglo Celtic Plate competition.

The event in Perth is a 100K international race that features runners from Scotland, Wales, Northern Ireland, Ireland and England.

It will take place over a 2.381km loop at North Inch Park, and four women and five men have been selected to take part.

In 2019, Jo, 34, made her Scotland debut at the plate competition and finished third in the women’s race in eight hours, 28 minutes and one second.

Due to COVID-19 restrictions, the event returned in August – also doubling as both the Scottish and British championships – last year in Ireland, where Jo claimed second place in the women’s race.

Finishing only behind Ireland’s Catriona Jennings, who ran in the marathon at the London 2012 Olympic Games, her time of 7:50.58 was 38 minutes quicker than her previous effort, moving her to fourth in the all-time Scottish women’s list over the distance.

Following that event, Jo took on the Gloucester 24-hour elite track race, in which athletes look to run as large a distance as they can in a full day.

Her distance of 143 miles elevated her to third in the all-time Scottish list and eighth in the British women’s standings for 24-hour runs as she won the women’s race and finished third overall.

She told Times Sport the plate contest in April was her main goal: “That’s something to look forward to. I had no home support in Ireland (which hosted this year’s event), and it’s so accessible for family and friends. We’ll see what happens.”

The event will include the British and Scottish 100K championships, while an open 50K race will double as the Scottish Championships. Also representing Scotland will be Alison McGill from Fife AC and, for the men, PH Racing’s John Hammond.

A TV Reporter Kept Broadcasting After Being Hit By A Car