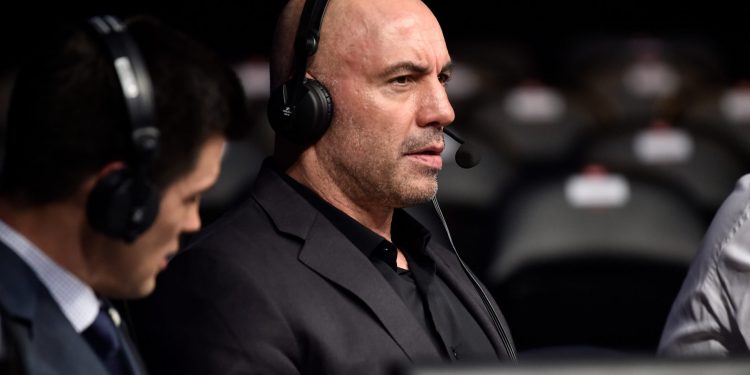 
Fans are concerned for Joe Rogan after a rumour surfaced that he had died this week.

The 54-year-old is best known for his podcast The Joe Rogan Experience on which he discusses a variety of current topics with guests.

Popular on social media, he is also a UFC commentator, comedian, actor, and former television presenter.

When news began circling that he had passed away this week, fans grew incredibly worried, but you shouldn’t believe everything you read online…

Joe Rogan is not dead

Let’s debunk this rumour once and for all. Joe Rogan is not dead.

The podcaster is very much alive and healthy in 2022, and it was all a stupid social media hoax.

At the time of writing this, he posted on Twitter and Instagram seven hours ago, sharing a screenshot of a strange article about UFOs and pregnancy.

So, where did the cruel death hoax begin?

It seems to have all started when fake news site called Internet Chronicle falsely revealed that the podcaster had died.

“Joe Rogan, host of the Joe Rogan Experience podcast, accomplished mixed martial artist and comedian, died tragically from a DMT overdose on Sunday,” they wrote in an article which was shared on Twitter.

“The entire UFC family is devastated to hear of Joe Rogan’s passing. Our thoughts and prayers are with his family she loved ones, and we will make sure to continue his legacy” – Dana White,” the tweet said.

If you look closely, the post has a very obvious spelling error, using the word “she” instead of “and” which was a clear sign it was fake.

By that point, news that Joe Rogan was dead had taken over Twitter and many other fake news sites had also published stories about it.

Another Twitter user also claimed that his Wikipedia page had all changed to past tense, insinuating that the social media star had passed away.

It was all fake news, but the hoax certainly fooled a lot of internet users who were convinced it was true.

At the time of writing this, posts are still flooding Twitter about Joe Rogan’s fake death.

Another day, another cruel death hoax!

In other news, Paula Patton’s ‘disastrous’ fried chicken recipe gets roasted on Twitter