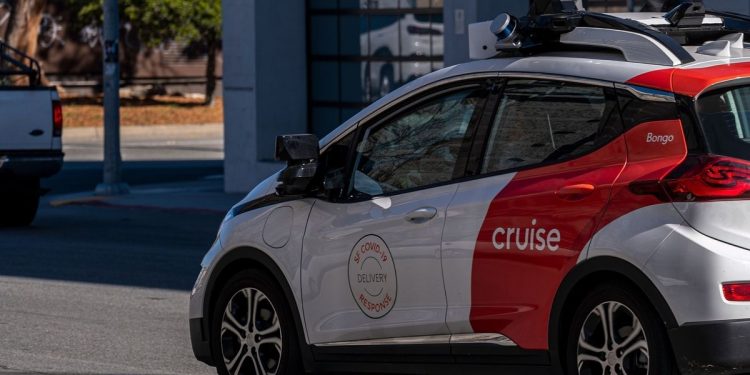 
In a quiet San Francisco neighborhood earlier this month, three police officers stopped an autonomous vehicle driving with its headlights off and were captured on video trying to communicate with the car which had no human driver.

The car’s owner, General Motors-backed Cruise Automation, has been rolling out its robotaxi service in the city since February.  The company said in a tweet that it’s been cooperating with law enforcement:

“We work closely with the SFPD on how to interact with our vehicles, including a dedicated phone number for them to call in situations like this,” the company said. Cruise later tweeted that the car did as intended by pulling over to the nearest safe location where  officers could contact the company and the vehicle wasn’t issued a citation.

Cruise fixed the issue that led to the traffic stop, a spokesperson told Bloomberg.