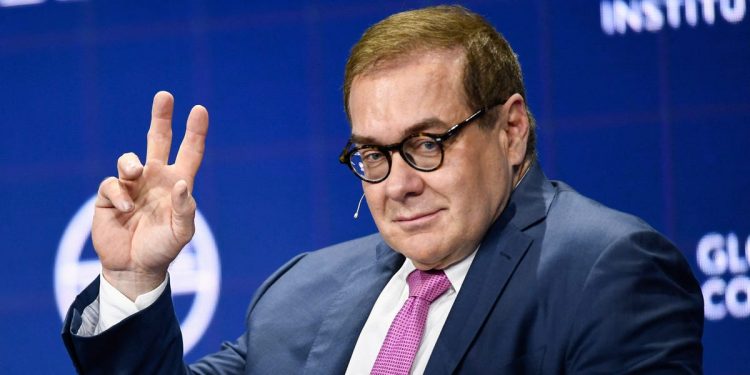 
Bitcoin could sink t0 as low as $8,000, according to Scott Minerd, Guggenheim’s chief investment officer.

“When you break below 30,000 [dollars] consistently, 8,000 [dollars] is the ultimate bottom,” Minerd told CNBC on Monday. “I think we have a lot more room to the downside, especially with the Fed being restrictive.”

The world’s largest cryptocurrency by

has hovered around $30,000 for several weeks, languishing at less than half its all time high of $69,000 and weighing down the wider crypto ecosystem.

Minerd added that crypto is the “canary in the coal mine.”

While giants like bitcoin and ether will be among the tokens that survives the downturn, Minerd said he is still waiting for an even more significant token to emerge, likening the current environment to the internet boom of the early 2000s when only a few companies survived after the dot com bubble burst.