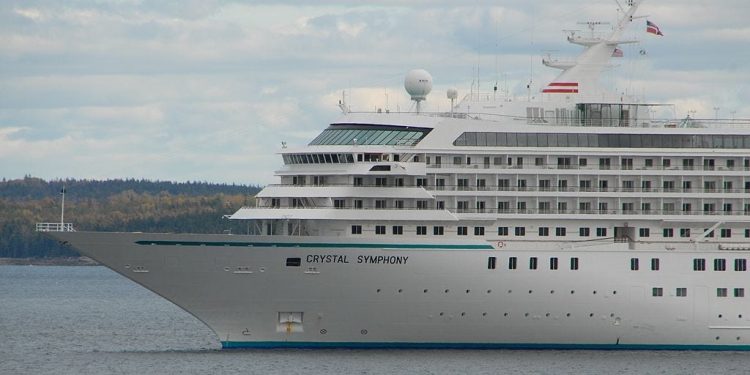 
Crystal Cruises is closing down its offices in the US and has let its employees go, Bloomberg reported, citing a person with knowledge of the matter.

Workers were terminated on Wednesday, Bloomberg added, citing the person who requested anonymity as the information hasn’t been announced to the public. The report did not specify how many employees were let go.

The closure comes just days after two of its ships — Crystal Symphony and Crystal Serenity — were seized by authorities in the Bahamas over unpaid fuel bills, Cruise Law News reported. Crystal Cruises is headquartered in Miami.

Crew members on board ships received the news of Crystal Cruises’ closure via their captains, Cruise Hive reported.

“Unfortunately, this is the end of Crystal Cruises,” one captain told his crew, according to a recording of his message posted to Twitter by Crew Center, a website run by former crew members. A crew member onboard Crystal Endeavour told Cruise Hive the announcement was from the captain. “We don’t know what’s going to happen in the future,” the captain added.

The closure of Crystal Cruises’ US office comes after its parent company, Genting Hong Kong, filed to wind up, according to a Hong Kong Stock Exchange filing dated January 19. It reported a record loss of $1.7 billion in 2020 as the pandemic devastated tourism.

Though its on-year losses narrowed by two-thirds to $238 million in the first half of 2021, the company’s woes continued.

Crystal Cruises announced on January 19 that it would suspend all cruises through May. Just one ship — Crystal Endeavor — in its fleet of eight is still at sea, according to cruise tracking website cruisemapper.com.

Crystal Cruises, Genting Cruise Lines in Hong Kong and V.Ships did not immediately reply to Insider’s requests for comment.

Crystal Cruises has a far smaller fleet of eight ships than rivals like Carnival and Royal Caribbean, which have a fleet of 26 each, according to their websites. Norwegian Cruise Line has 19 ships.

Crystal Cruises ships, such as Crystal Serenity, which can carry 900 passengers, are known for fancy features like penthouse suites with butler services. Serenity has also hosted celebrity chef Nobu Matsuhisa.

Top Three Ways to Start Leading A Healthier Life in 2022

Top Three Ways to Start Leading A Healthier Life in 2022