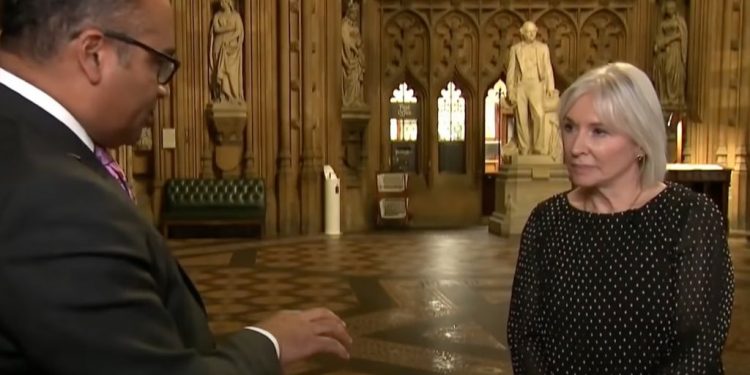 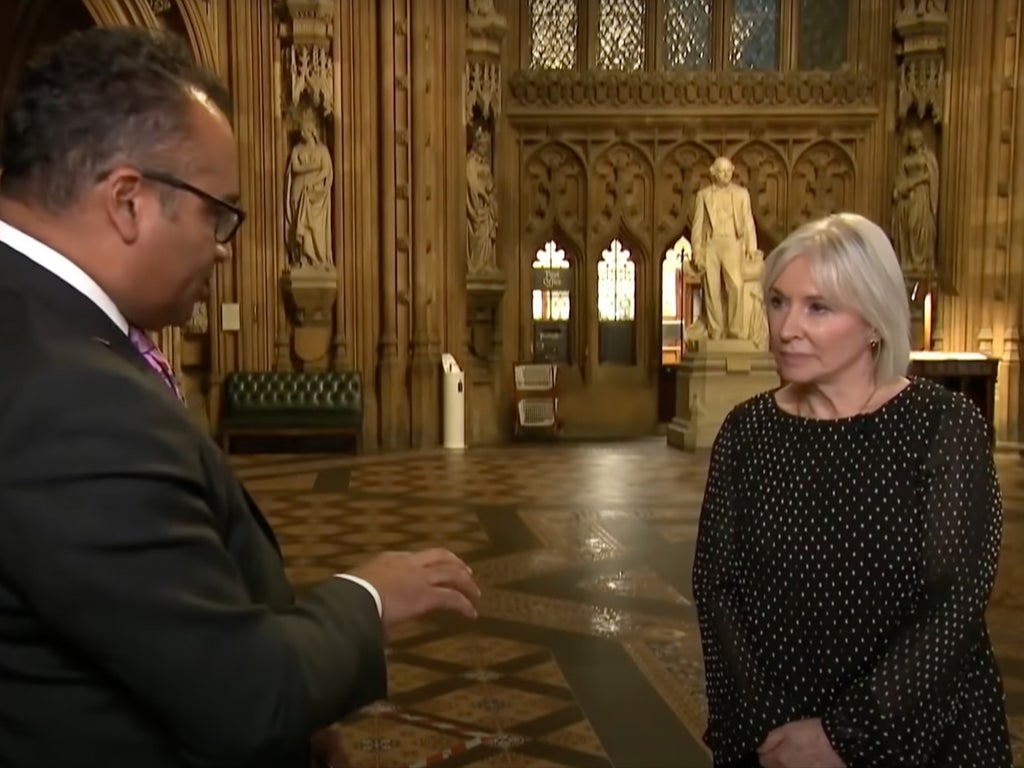 Nadine Dorries has been widely criticised for an “extraordinary” interview in which she repeatedly insisted Boris Johnson “tells the truth” hours after he spread misinformation in the House of Commons.

The culture secretary was interviewed by Channel 4 on Monday after the PM made false claims against Labour leader Sir Keir Starmer.

Sue Gray’s report had blasted Mr Johnson for failures of leadership in regards to the Downing Street gatherings during lockdown.

But, in trying to deflect from the Partygate controversy and calls for him to resign, Mr Johnson accused Sir Keir of having failed to prosecute paedophile TV presenter Jimmy Savile when he was head of the Crown Prosecution Service.

The PM made the claims in the Commons in retaliation against the Labour leader’s criticism of him and his government over the Sue Gray report.

In a clip watched millions of times online, Ms Dorries was asked by Channel 4 News presenter Krishnan Guru-Murthy about the “clearly untrue allegation” that Sir Keir – when Director of Public Prosecutions (DPP) – was “responsible for not prosecuting Jimmy Savile”.

Standing in the Commons lobby, he asks: “How can you have a prime minister just repeating fake news like that?”

Ms Dorries replies: “There were things that Keir Starmer said, as someone who was the former Director of Public Prosecutions, shouldn’t have said at the despatch box.”

She goes on to say that Sir Keir “shouldn’t have prejudged what the [Metropolitan Police’s investigation into Partygate] is going to find”.

Mr Guru-Murthy continues to say that the PM has said things that are “untrue” and that he “misled that House today”.

Ms Dorries pulls a face and says that was “not the case” and that there were “a lot of things Keir Starmer shouldn’t have said”.

Mr Guru-Murthy says: “Clearly there are things [Mr Johnson] said that are not true.”

Then she replies twice in a row, while glancing occasionally at the camera: “The Prime Minister tells the truth.”

The footage has gone viral, with many people likening the “car-crash” interview to a Catherine Tate comedy sketch.

Pete Wishart, an SNP MP, said: “There is never any way that getting Nadine Dorries out to ‘defend’ you could ever be anything other than a disaster. This is something else.”

Writer and actor Adil Ray described the interview as “extraordinary”.

He said: “Wow. The Nadine Dorries interview just now with @krishgm was just extraordinary. Struggling to hold on and hold it together. Almost laughing at her own defence.”

John Nicholson, the SNP’s shadow culture secretary said: “Disgraceful. Nadine Dorries is not fit for office. And frightenly disinformation falls within my opposite number’s brief.”

Behavioural psychologist Jo Hemmings suggested that Ms Dorries had a cult-like dedication to the PM.

She tweeted that Mr Guru-Murthy’s question ‘is there anything the PM could do that would stop your unwavering support?’ could have been “addressed to any of those unscrupulous MPs who refuse to acknowledge the truth.”

Ms Hemmings added: “There are cults with less blind loyalty.”

In the Commons earlier on Monday, Mr Johnson said in the Commons said former DPP Sir Keir had used his time “prosecuting journalists and failing to prosecute Jimmy Savile”.

He then said it would be “entirely wrong” for Sir Keir to “prejudge” the police inquiry into Partygate.

Nazir Afzal, a former chief Crown prosecutor for the North West, responded to the PM’s claim about Sir Keir and Savile by branding it “a disgrace to parliament and office of prime minister”.

He added: “It’s not true. I was there. Keir Starmer had nothing to do with the decisions taken. On the contrary, He supported me in bringing 100s of child sex abusers to justice.”