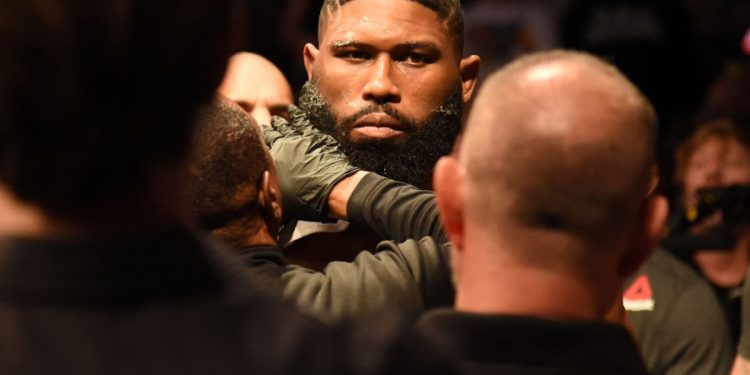 At this point in his career, Curtis Blaydes knows there are certain things that just don’t make sense to give even one bit of his energy.

Ahead of his UFC on ESPN 33 headliner with Chris Daukaus in Ohio, Blaydes says the UFC’s heavyweight rankings, where he currently sits at No. 4, fit that description. Sure, UFC president Dana White has recently hinted that the promotion might be leaning toward instituting an interim title with reigning champion Francis Ngannou on the mend, but Blaydes knows there’s no sense in considering what comes next if it causes him to lose focus on the task at hand.

“I don’t have mental energy to spend on unknowns, things out of my hands,” Blaydes told The Underground. “I could go out there and knock out Chris with a jumping, flying, spinning whatever, and still the interim could be (Tai) Tuivasa vs. Stipe (Miocic), so it’s out of my hands. I’m not too worried about it.”

It’s a position Blaydes has become familiar with in recent years. A steady fixture at the top of the UFC’s heavyweight division, the 31-year-old contender has remained in title contention but has never quite done enough to get his shot at the title. But as he enters his fifth UFC main event, airing live on ESPN from Columbus’ Nationwide Arena, Blaydes says he’s learned to not worry about how the promotion eyes his future.

Blaydes (15-3 MMA, 10-3 UFC) was victorious in his most recent outing, a September decision win over Jairzinho Rozenstruik, though he did suffer a minor orbital fracture that he needed to let heal before he fought again, leading to the six-month layoff. He now takes on Daukaus (12-4 MMA, 4-1 UFC), who’s a little bit further down the rankings at No. 9.

Should Blaydes prove victorious, it will certainly bring him another big fight. If it’s not a potential interim title fight, it would certainly be the type of fight that conceivably will be considered a No. 1 contender matchup. But Blaydes insists he’s not concerned about that in the least. While in the past, he might be a little more vocal about what he’d deserve with a win, “Razor” said maturity and experience in the game have taught him a different approach.

“My emotions are a lot more under control,” Blaydes said. “I see this as more just like just business. It’s just a job.”

• The Underground: ONE Championship Exec: ONE X ‘So Spectacular’ That Fans Will Be Talking for Years to Come