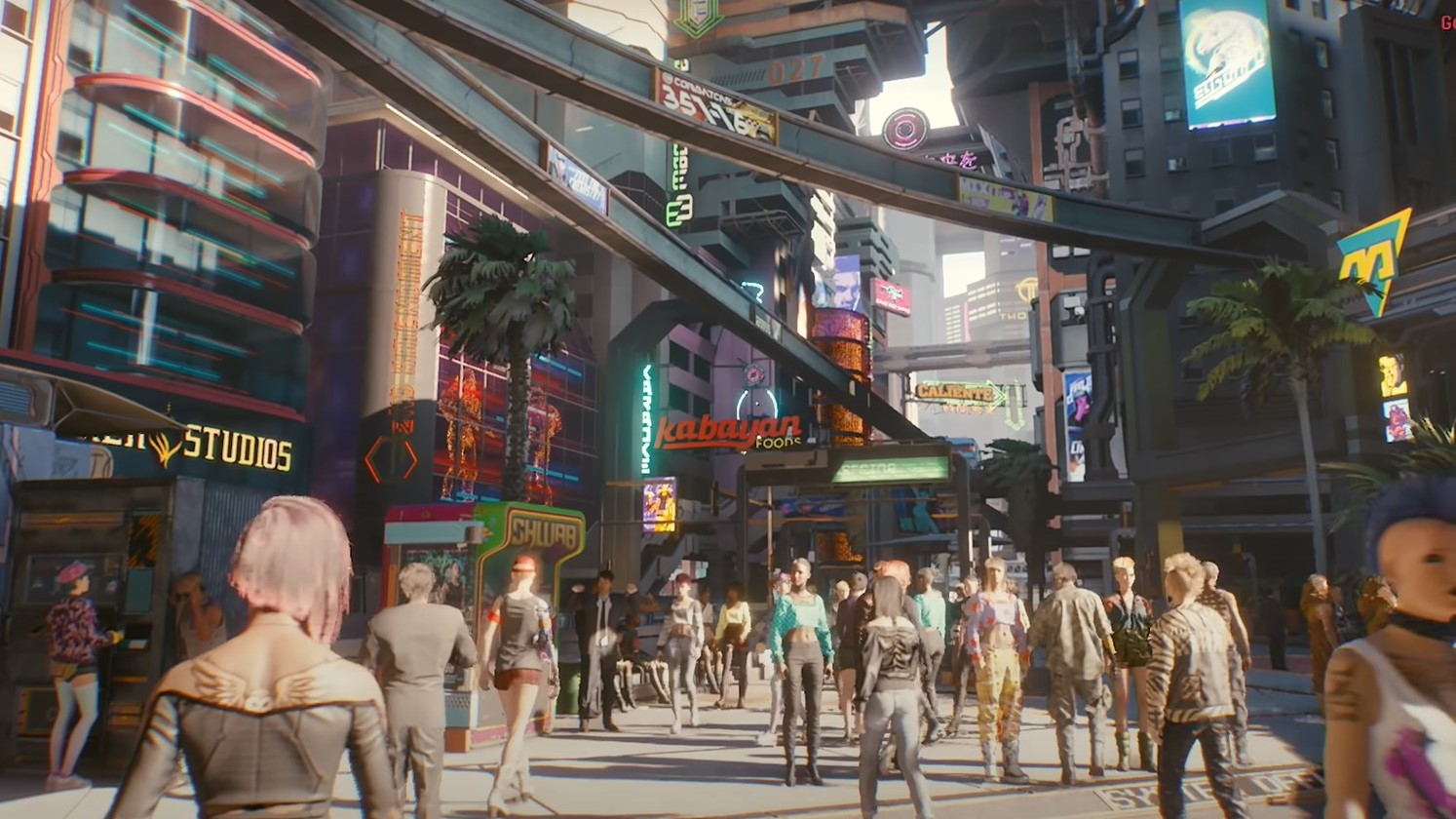 The names of nine of Cyberpunk 2077’s upcoming DLC releases might have just been revealed thanks to information reportedly discovered on the Epic Games Store.

Reddit user PricklyAssassin (via GamesRadar) claims to have discovered the information in the back end of the Epic Games Store after Cyberpunk 2077’s recent 1.2 patch went live.

In screenshots and in the Reddit post, PricklyAssassin reveals the names of nine free DLC packs and also highlights an Expansion Pass for paid DLC. The names of the nine DLC packs are: Rippderdocs Expansion; Body Shops Expansion; Fashion Forward Expansion; Gangs of Night City; Body of Chrome; Rides of the Dark Future; The Relic; Neck Deep; and Night City Expansion.

We’ve known since before Cyberpunk 2077’s launch that CD Projekt Red plans to release DLC for the game, with some of it being free. In fact, now that Patch 1.2 is live, a road map released in earlier in 2021 suggests that DLC is the next step. But we’ve never seen the DLC packs named before. In fact, Cyberpunk 2077’s DLC has always been something of a mystery.

But what’s in a name? There’s only so much you can glean from these titles and some of them are more straightforward than others. “Night City Expansion”, for instance, suggests, well, an expansion to the game’s setting of Night City. “The Relic”, however, is much less clear.  And “Gangs of Night City” could be a few things. New gangs? More about existing gangs? We don’t know. Given these DLC packs are supposed to be free, though, we’re tempering our expectations.

Of course, these names should be taken with a pinch of salt. Until CD Projekt Red officially announces the names of its DLC packs, we can’t be sure of what they’ll be called or even what they’ll involve. Even if these titles are accurate right now, it’s likely they’re subject to change all the way up to release and CD Projekt Red is yet to provide any solid dates for Cyberpunk 2077’s DLC releases.

There’s been a great deal of chatter around Cyberpunk 2077 recently thanks to the release of its second major patch ,1.2, which aims to fix hundreds of the issues players have been facing in the game since launch.

CD Projekt Red has also announced plans to restructure to create a more unified, flexible team that can work on two AAA games at the same time, resulting in some changes to its plans for Cyberpunk 2077’s multiplayer.

How long, if we are dealing with a housing supply shortage : RealEstate

Advice from Female CEOs: How to Build Confidence In and Out of the Office

Tributes paid to rapper Black Rob, who has died aged 51

First Resident Evil Village Demo, Focusing On The Village, Out Now For PS5 And PS4 With 30 Minute Time Limit

Advice from Female CEOs: How to Build Confidence In and Out of the Office