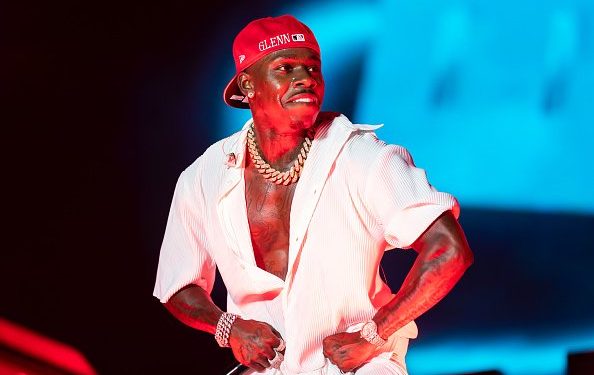 
A video that made fans believe DaBaby tried to kiss a female fan surfaced on the internet and spread like wildfire, but the rapper has denied it.

A year ago, DaBaby found himself in hot water over remarks he made during his Rolling Loud speech.

Now, the rapper has provided an explanation about that viral video where he was seen trying to kiss a fan. He also shared a longer version of the video that has gone viral.

A clip showing DaBaby having a moment with his fans went viral on the Internet on Thursday, April 7.

A snippet of the longer video sees the rapper pulling a female fan close to him while cupping her face for a kiss. The girl, however, can be seen rejecting him by turning away.

Soon, people started sharing their opinions about the video based on what they saw. The clip found its way into many popular social media channels, including DJ Akademics’.

The overlay text in the viral video shared by DJ Akademics reads: “Da Baby tried to kiss his fan and she curved him lmao”

DaBaby took to Instagram to refute all the claims about forcing himself on a fan.

Re-sharing the viral post in his Instagram storythe rapper wrote: “Ya’ll Go head on man. Me & my booboos love each other to death but ain’t no kissin going on.”

He also left a comment under The Shade Room’s postreferring to the fan who refused his kiss. The comment read: “I’m sorry bae.”

That was followed by another comment that read: “Bae was upset that I blew a kiss at her lil buddy first.”

After the rapper provided an explanation., TSR edited the original post, detailing what exactly happened.

He’s no stranger to controversy

Only a few days ago, DaBaby was once again in the news for asking women to undress during a pre-Grammys performance, reports Variety.

The rapper was on stage at Drai’s Beach Club in Las Vegas. He reportedly said, “I don’t discriminate,” before asking female fans to “pull your t*****s out if you love DaBaby.”

In other news, Was Avril Lavigne married before she got engaged to Mod Sun?