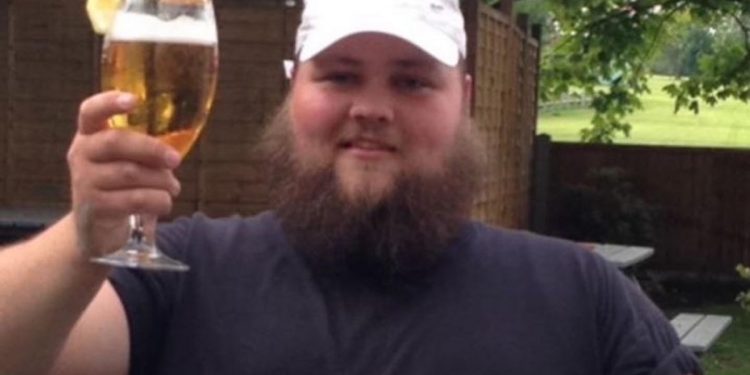 
An obese dad who weighed more than 21st looks unrecognisable after ditching his £840 a month takeaway addiction so that he could be a better father.

In July 2020, lorry driver George Thomas decided enough was enough when it came to his weight and decided to make a big change to the way he lived his life.

Previously, he’d been feasting on food from stops along his work routes and gorging on an excessive number of calories.

Sometimes, the dad would eat two meals from the same takeaway restaurants for dinner all washed down with family sized snacks and sugary treats.

George’s job required a lot of sitting down while driving and so the weight piled on until he realised he couldn’t continue with his unhealthy lifestyle.

Now, he gleams with pride as he shows off his much slimmer 13st body – and explained why he chose to drop the pounds.

George, 27, from Basildon, Essex, said: “I am always on the road, so I was opting for food which is quick and convenient from burger vans.

“I would then have a takeaway at night, which would often be two meals from McDonald’s, followed by a big sharer bag of crisps and chocolate.

“I was easily spending £30 per day on food and eating 6,000 calories. I was always tired and my joints ached.”

George weighed 21st 7lb at his heaviest and was often “too embarrassed” to be seen in public with his daughters Dol Rose, eight, and Pearl-Ivy, six, and three-year-old son Georgie-Charles.

He added: “I avoided going out and looking in a mirror for years. My mental health began to seriously decline.

“In July 2020 I realised I wasn’t being the best dad I could be to my children.

“I promised myself to get into shape and my life has dramatically changed for the better.”