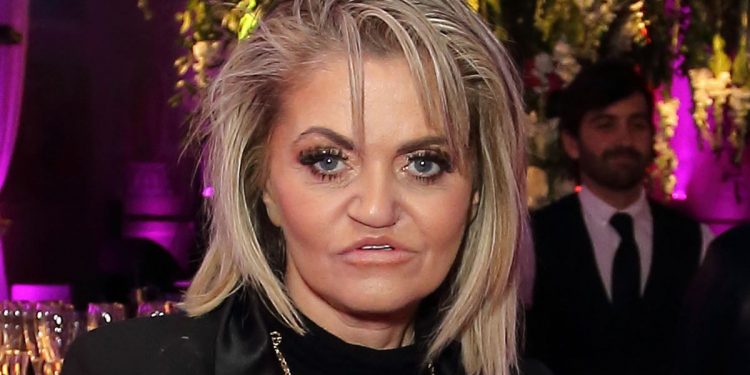 
Former EastEnders actress Danniella Westbrook, 48, has opened up about having a family with her toyboy beau, 28, who is currently locked up in prison – as she discussed the possibility of adopting a Ukranian orphan

Daniella Westbrook has opened up about her latest boyfriend (

Danniella Westbrook has shared her dream of starting a family with her toyboy prison beau – by adopting a Ukranian baby.

The former EastEnders actress, who is currently loved-up with her jailbird boyfriend, says she is hoping to help those in need from the war-torn country.

The 48-year-old star said she is no longer able to conceive naturally and has been having discussions with her toyboy partner David, 28, about adopting a child instead.

“As you get older you realise what is important in life, it’s like me with my fella now, we’ve known each other for years and gone back and forth.

“He eventually would have liked to have children, but I can’t have any more children. When I went to see him on Saturday in jail I was like ‘do you know what, all these Ukrainian babies, they’ve got all these thousands of Ukrainian babies that can’t be adopted,” Danniella told The Daily Star.

“There are so many children over there with no parents, or we could adopt a five-year-old or something.”

Danniella, whose son and daughter are now 26 and 21, says she would love a house full of kids but ‘can’t physically’ achieve her dream because of the menopause.

While her partner is currently in prison for counterfeit goods and is set to be out in 11 months.

The lovebirds have already discussed getting engaged officially and tying the knot in the Maldives when David is freed.

While discussing her big future plans, Danniella also said she is open to housing Ukrainian refugees as she generously offered help to ‘anyone who needs it’.

She told The Daily Star: “Yeah, I’m still going ahead with that. I don’t understand why people wouldn’t want to do that. Though I can’t work out how they give you £350 a month for a family when your local council gets £10k per person a year.

“But I’ll take anyone who needs it. I don’t need all the space, it’s only me at home at the moment and I’m waiting for the process to go further through.”

After having fallen on hard times herself in the past, Danniella said she remembers what it felt like to be homeless and relying on other people as she vowed to do what she could.

Essential Politics: Biden has a 39% approval rating. Raising it is proving difficult