Dating L.A. guys is giving me all the red flags 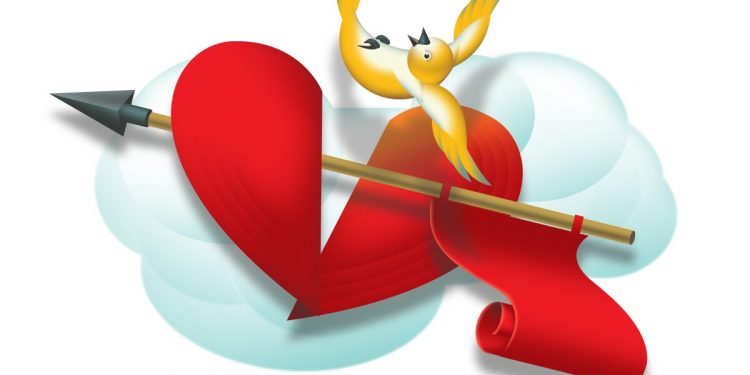 
I moved to Los Angeles from Colorado in June 2020. I was single and ready to mingle. I came from a small town in which I ran out of potential husbands. I was married at 24 and divorced at 27. After going through a slew of relationships, depression and then the pandemic, I decided a change was necessary.

COVID-19 made many of us dive into a “You Only Live Once” lifestyle. I wasn’t getting any younger, so at 32, I quit my teaching job. I packed up and drove to L.A. Coming from a town with a population of 100,000, I was ready to start my life on the West Coast.

Living in a 350-square-foot box (“apartment” or “studio” would be too gracious), I wasn’t prepared for the next couple of years of my life in a new city. As you know, Los Angeles can be a different beast, and COVID-19 dashed my dreams of meeting new people. I turned to the usual dating apps and finally landed my first Bumble date.

Dustin, a set decorator, was nice-looking in his pictures and appeared to have a steady job. He was attractive enough to swipe right, and with him being in the industry, I figured I could at least get a taste of L.A.

We decided to meet for drinks at a North Hollywood bar. I downed two shots of tequila to steady my nerves, but regretfully I did this in front of him and right away. I can see how this might have come off as a red flag on my end.

We talked at length but mostly about him. I did not get a word in edgewise. He was not working at the time, not because of COVID but mostly because of an injury. I remember waiting for him to ask me questions about myself — where I came from, what I did for a living, how I ended up in L.A. — but they never came. It was slightly disappointing. When the bill came, he didn’t offer to pay, although I wouldn’t have let him.

We have all experienced changes during the pandemic. In a time of desperation, I thought maybe a second chance was necessary, as he didn’t seem to be a bad guy.

I’ve heard from women who are older than I am that in your 30s, you seem to be more in touch with what you want. You acknowledge red flags and conclude that maybe “he’s just not my guy.” However, being new to the city, plus the fact that COVID was limiting my interactions with people, I ignored the red flags. We met up again at an Irish bar in Van Nuys a week later.

The conversation with Dustin seemed to be better this time. Maybe he was as nervous as I was on the first date, and maybe I needed to be more empathetic. We laughed. He played with my miniature dachshund, Lily, who has been my sidekick in many bars for the past 14 years, and I selfishly decided to talk about myself the entire time.

I was going through some workplace harassment, so I went on a talking tirade. At the time, I worked as a personal assistant for a local podcasting comedian. This time, I was impressed by Dustin’s patience. We said our goodbyes. I felt like I was miles ahead of him as far as relationship experience goes, but by my account, we seemed to have similar maturity levels.

I decided a third date would be a good idea to see if I wanted to pursue Dustin any further. We made last-second plans to meet at Mr. Furley’s Bar in Sherman Oaks on a weeknight. I told him I was going to head there after work, and he indicated that he might be a little late. I arrived at 6 p.m. and sat outdoors alone.

Seven o’clock rolled by. Eight o’clock rolled by, and I finally texted him to ask where he was. Turns out that he was at his grandmother’s house. He had wanted to stop by and check in with her. Sounded sweet and possibly believable, but I had my doubts. We had made plans. There was no word of “grandmother check-in” in our previous conversation. How could he possibly think that it was appropriate not only to leave me sitting for two hours but also not to communicate with me about what time he planned on showing up?

In my 20s, I would have just gone home and been hurt and continued to try to see him in the future. In my 20s, I ignored red flags, and I would have let a man really get away with anything. Now, in my 30s, I questioned him on this behavior through a series of texts. I explained I was not very thrilled with his choices that night and that this was done. (I used slightly more aggressive language.)

Since then, I have been on one other app date, which started fine, until the guy decided mid-date that he had to go. He was a handsome doctor, in his late 30s, who didn’t have much to say. We met at Cafe Brass Monkey in Koreatown, chatted and listened to karaoke. I sang one song. He paid for his drink and left. Maybe it was my singing. I haven’t heard from him since.

The good part about L.A. is that there are so many people here. Don’t cling to bad dates. Learn, be honest and move on to the next with no hard feelings. Do not take things personally, and take note of what you like and don’t like or can’t tolerate. I’ve learned this over time.

The difference between dating in Los Angeles and dating in small-town Colorado is the diversity and mix of personalities. You have many more people to choose from, and not everyone knows one another, which comes in handy as you go into dates with no preconceived feelings or thoughts about the stranger you are meeting. I love this, and I love my decision to move to Los Angeles.

The first couple of years have kicked me in the butt. There are so many things you must get used to in L.A. — not to mention one cocktail costs more than minimum wage. But I don’t regret the decision to start a new chapter in my life. Because I’ve been married before, marriage is not on my list of things to accomplish; having a partner, someone to spend time with and talk to, would be the ultimate goal. It would be nice to have someone to sit on the beach with, go have drinks with, maybe even sing karaoke with — and to help me reach things on high shelves.

I have found that tolerating bad behavior from men is a deathtrap for relationships because you hold on to the notion that this person could change for you. They won’t change, so embrace who you are and stay true to it. Life is too short, and with a population of around 20 million in Greater Los Angeles, you will find someone. I haven’t yet, but I have faith. It’s a great feeling to finally discover not only what I want but also what I don’t want. Red flags, baby, they’re helpful.

The author is a podcast host, producer and musician. You can follow her on Instagram @megantheemess, listen to “Kill the Bottle” podcast anywhere you get your podcasts or visit meganthemess.com.

L.A. Affairs chronicles the search for romantic love in all its glorious expressions in the L.A. area, and we want to hear your true story. We pay $300 for a published essay. Email LAAffairs@latimes.com. You can find submission guidelines here. You can find past columns here.