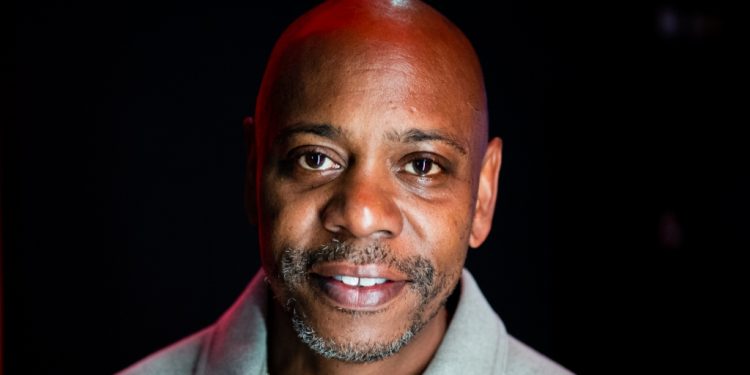 Two nights after a man attacked him onstage at the Hollywood Bowl, Dave Chappelle addressed the incident at a secret comedy show in Los Angeles on Thursday.

The comedian performed at The Comedy Store, in the club’s 70-seat Belly Room. Although Chappelle’s appearance was a last-minute addition, rumors began to circulate Thursday night prior to the show, and eager fans paid $160 for a ticket to see the “secret show” with an unnamed star comedian.

Among the intimate crowd was a host of celebrities, including Kim Kardashian, Sean “Diddy” Combs, rapper Yasiin Bey and comedian Jeff Ross, who was part of the lineup for Chappelle’s Tuesday night Hollywood Bowl show. Michelle Wolf, who was also at the Tuesday night show, opened for Chappelle. Ten minutes into Chappelle’s set, Chris Rock, who was at Tuesday night’s show and, of course, was slapped by Will Smith onstage at the 2022 Oscars, joined him onstage.

Dressed in a baggy tank top and smoking his favorite cigarettes, American Spirits, Chappelle took the stage to a hero’s welcome from the small crowd.

Chappelle went immediately into the topic of the Tuesday-night attack at the Hollywood Bowl, saying he couldn’t see the man’s face but that he got a grip of his hair.

Chappelle described being embraced immediately after the incident by his son, who told him, “Dad, I love you.” Chappelle said it was the strange sight of Jamie Foxx wearing, for some reason, “a sheriff’s hat” that calmed him down.

Hours after the attack, Chappelle’s rep said that despite the “unfortunate” and “unsettling” nature of what happened, he wouldn’t let it “overshadow the magic of” his Hollywood Bowl sets.

Chappelle shouted out the many people who reached out after the incident: “A lot of people love me, it turns out,” he said of a group that included Louis C.K.

It was at that point that Rock joined Chappelle onstage, drawing a huge cheer from the crowd.

Rock took a stool near Chappelle and remained there for the rest of the performance. It was two of the biggest comedians joking about the headline-making attacks they’d recently experienced — all unfolding in a 70-seat annex of The Comedy Store. As such, the moment felt historic.

Rock laughed and responded, “I got smacked by the softest n— that ever rapped.”

Later, Chappelle described convincing venue security to allow him to enter the room where his alleged assailant, 23-year-old Isaiah Lee, was being held. “I needed to talk to him,” Chappelle said. He asked Lee what possibly could have prompted his attack, to which Lee — who Chappelle said appeared to him to be mentally ill — offered a story about his grandmother from Brooklyn, who had been forced out of her neighborhood by gentrification. The attack was meant to draw attention to her plight, Chappelle recounted.

Eventually, the topics moved beyond the twin attacks to other things in the news — the Johnny Depp-Amber Heard libel trial and the looming threat to Roe v. Wade.

But the digressions were brief. It was Chappelle’s attack that was the main topic of discussion that evening — and the city where it happened.

“I am in the [place] where you sat in the car with Biggie Smalls as he died,” Chappelle said toward the end of his set, looking over to Combs. “I hate this city.” With that, he grabbed his pack of cigarettes and left the stage.