Dave Chappelle‘s attacker was slapped with four charges including battery and assault –  all misdemeanors – after LA‘s woke DA George Gascon announced he would not pursue felony charges.

On Thursday, Los Angeles City Attorney Mike Feuer charged 23-year-old Isiah Lee with battery, possession of a weapon with intent to assault, unauthorized access to the stage area during a performance, and commission of an act that delays the event or interferes with the performer after the embattled DA referred the case to the city attorney.

If convicted, Lee could face 18 months in county jail, but because of overcrowding and COVID he might never make an appearance behind bars because of Gascon’s decision to not press charges.

Feuer’s swift charges are a stark contrast to DA George Gascon’s decision, who made the decision not to pursue felony charges against Lee – despite the fact that Lee had a fake gun complete with a folding knife on him when he rushed Chappelle on stage. 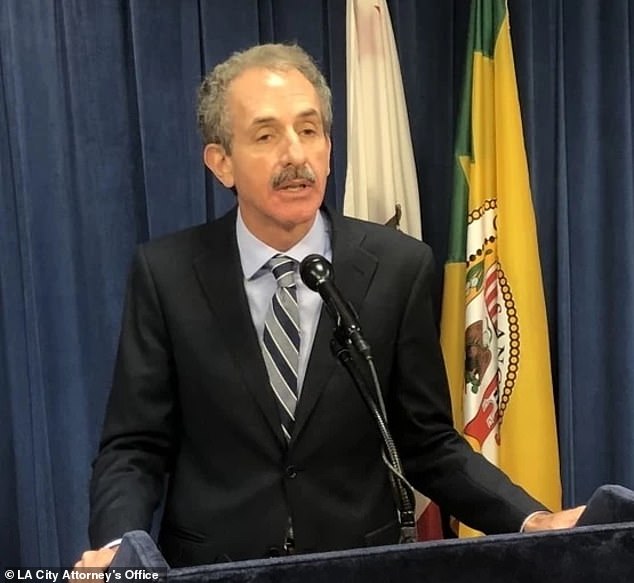 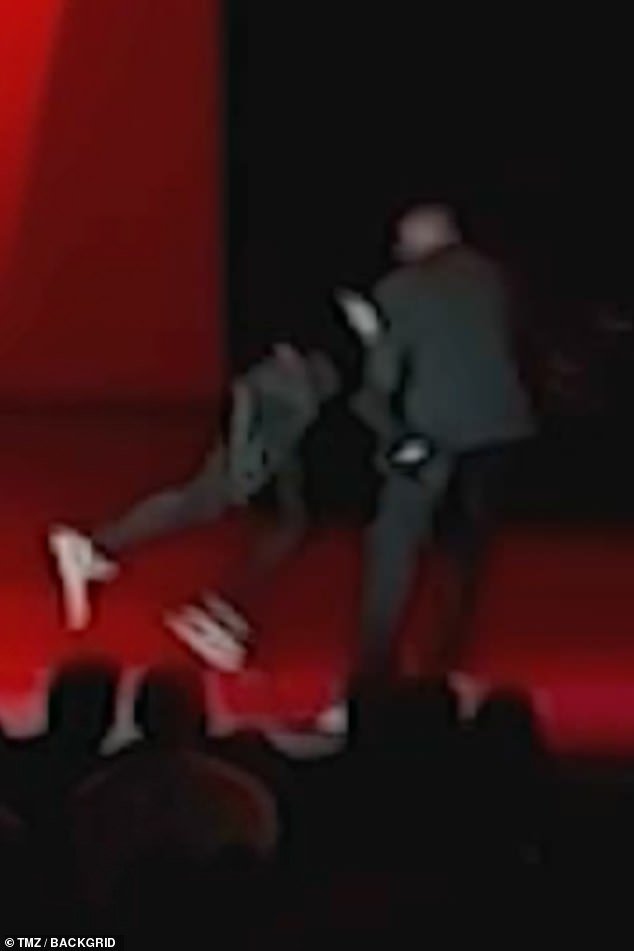 On Tuesday night, Lee ran on stage at the Hollywood Bowl yielding the knife that was hidden inside a gun 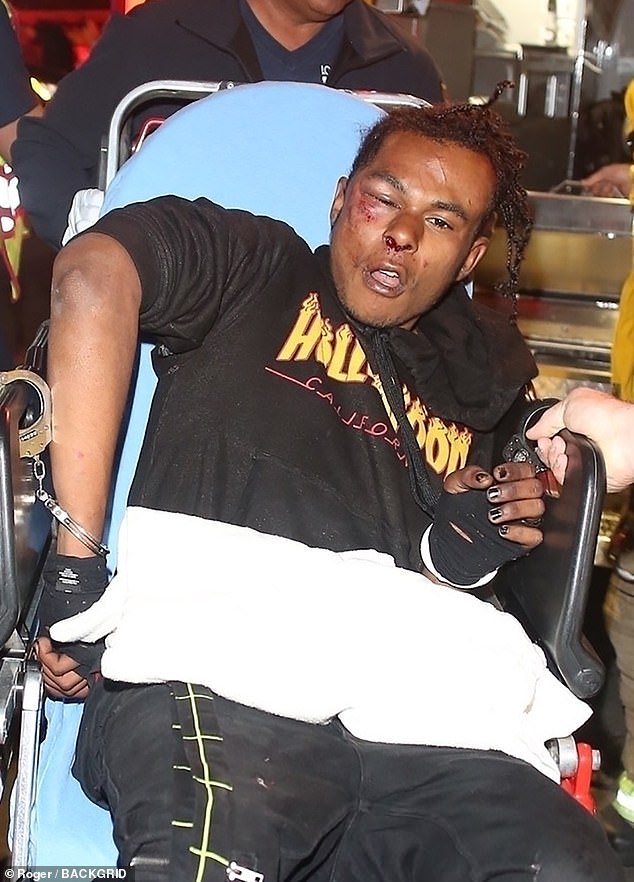 Isaiah Lee, 23, ran on stage at the show on Wednesday yielding the knife that was hidden inside a gun

Gascon’s office – which is famously in favor of low-or-no-cash-bonds – decided he was not pursuing the most serious line of punishment and instead referred the case to Feuer,

Gascon’s office recommended a misdemeanor charge because ‘the evidence as presented did not constitute felony conduct,’ according to ABC.

On Tuesday night, Lee ran on stage at the Hollywood Bowl yielding the knife that was hidden inside a gun.

Chappelle, 48, was able to sidestep him and was unharmed. The attacker was then arrested at the scene, and taken to hospital with a broken arm.

There were immediate questions over security at the event and how the man could have smuggled in the weapon. 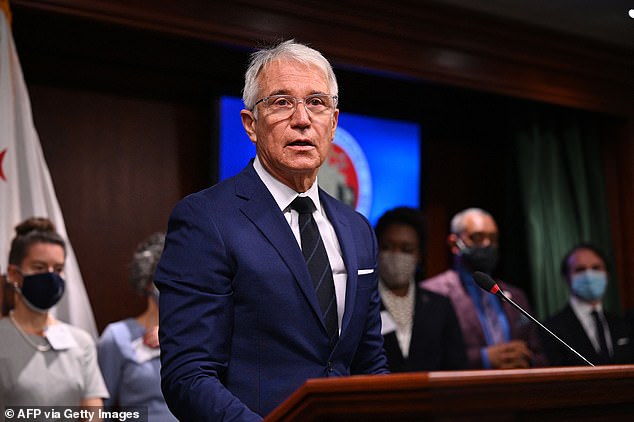 Feurer’s charges are a stark contrast to DA George Gascon, (pictured) who quickly decided not to pursue felony charges against Lee 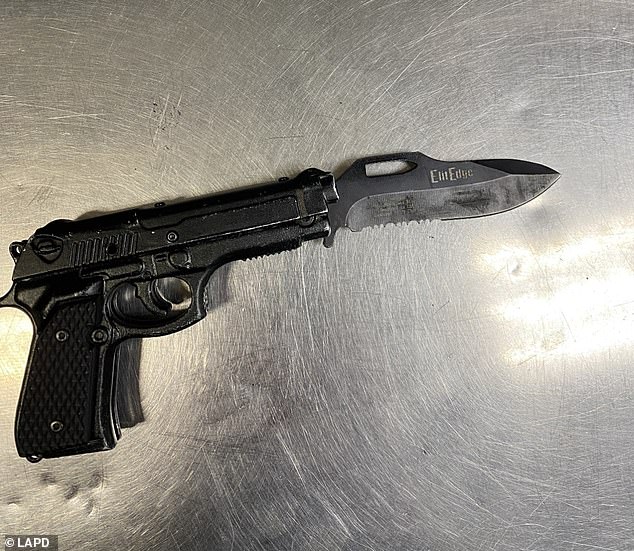 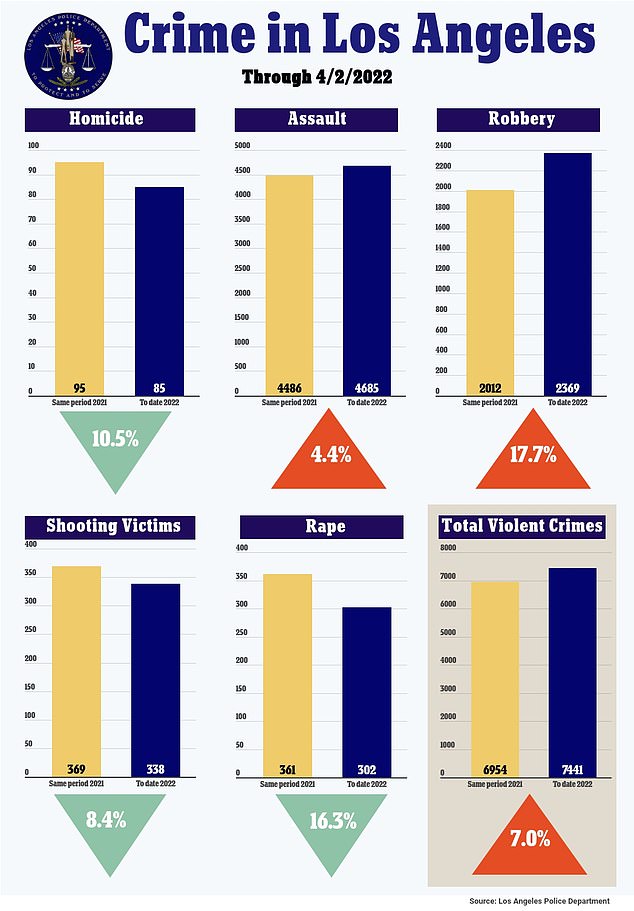 Crime is skyrocketing in LA, along with many other cities in the US

Chappelle has not yet reacted to the decision.

Yesterday, he said via a representative that he did not want the incident to ‘overshadow’ a great event.

‘Dave Chappelle celebrated four nights of comedy and music, setting record-breaking sales for a comedian at the Hollywood Bowl….and he refuses to allow last night’s incident to overshadow the magic of this historic moment.’

‘As unfortunate and unsettling as the incident was, Chappelle went on with the show,’ his rep said.

Netflix and the Hollywood Bowl said they were cooperating with the police investigation into what happened.

Gascon, a 67-year-old former assistant chief of the Los Angeles Police Department, took over as district attorney in the heavily Democrat city in December 2020 and immediately embarked on a progressive justice reform agenda.

He has been vocal about his belief that the criminal justice system needs to focus more on intervention and rehabilitation, blasting ‘tough on crime’ policies as racist and a failure.

And following his first 100 days in office, he touted the changes he has made to the city’s justice system – including limiting the use of sentencing enhancements like the ones lobbied against Hernandez.

The California penal code has more than 100 enhancements that could add time to a convict’s sentence depending on the situation, most of which date back to when California was facing soaring crime in the 1980s and 1990s.

But under Gascon’s reign, the use of those enhancements have been greatly reduced, with the Los Angeles County District Attorney’s Office 5,138 enhancements during his first three months – a 71 percent drop when compared to the same time the year before, when former District Attorney Jackie Lacey was in power, according to LAist.

Under Lacey, prosecutors filed 715 gun enhancements between December 2019 and February 2020 under the state’s ’10-20-Life’ law, which adds 10 years to a sentence if you use a gun during the commission of a robbery or any other crime.

The law also adds 20 years if the suspect discharges the gun, and 25 years if they wound someone in the process.

In Gascon’s first three months in office, however, prosecutors filed only 106 gun enhancements – an 85 percent decrease.