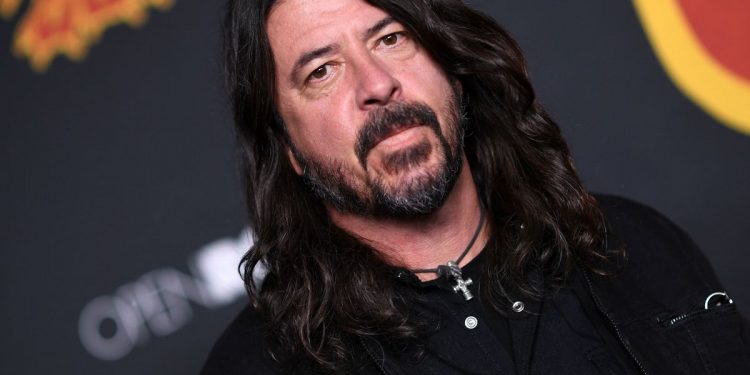 
Dave Grohl, 53, revealed that he has tinnitus in both ears but says he refuses to wear ear monitors to protect what he has left of his hearing.

Foo Fighters frontman Dave Grohl has truly suffered for his art as he reveals the extent of his hearing loss.

During a chat on The Howard Stern Show, the 53-year-old rocker said he has tinnitus in both ears from years of touring and performing.

“I haven’t had [my ears] tested in a long time, but I know what they’re going to say. You have hearing damage — tinnitus — in your left ear more so than your right ear.

“My left ear is kind of worse than my right because my snare drum and my stage monitor when I play the drums [are over on this side],” admits Dave.

“I’ve tried the ear monitor thing before, a long time ago, and the problem that I have with it is that it removes you from the natural atmosphere sound,” he added.

Dave, who has been heading up Foo Fighters since 1994 said: “I’ve had the same monitor guy, the guy who mixes my monitors, for 31 years. He’s in my head. So even though I’m not using in-ear monitors, the sound onstage for me is f****** perfect, because it’s been the same guy, Ian Beveridge, for 31 years, since Nirvana,”

Dave said that he has tinnitus in both ears
(

As well as finding them irritating, Dave also admitted that there was a certain level of vanity when it comes to the ear-monitors.

“I have little f****** earholes and those things, when I put them in, they just pop out. And I don’t want to look like a praying mantis with these things all over my head. I wanna go out there and go nuts.”

Despite having some hearing loss, Dave said that it hasn’t affected his ability to make and critique his music.

“I can hear the minutiae of everything we’ve done to that song. I really can,” said Grohl, then adding. “That said, if you were standing right next to me here at dinner, I wouldn’t understand a word you were saying.”

Dave, who is well-liked across within the music industry spoke of how he still regrets a prank he pulled during his Nirvana days.

On a booze-fuelled night out with Kurt Cobain, Krist Novoselic, and Novoselic’s ex-wife, Shelli Dilley, played a trick on a kareoke singer.

“At the time we were being kind of groomed by all these different record companies,” Dave told I Heart Radio.

“We were getting [bid] on by all these [record labels]…but we had so many A&R guy cards. And we got wasted one night and gave an A&R guy card to a karaoke singer.”

“I still think about it. I feel like that person still has that card. …Damnit.”