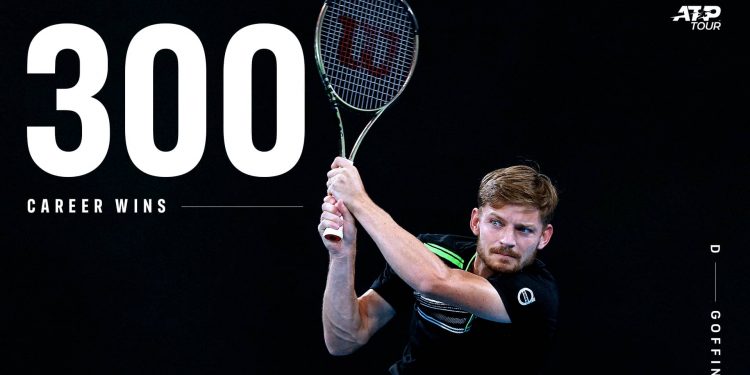 The Belgian’s first victory on Tour came back in January 2011, when he defeated Somdev Devvarman in the first round in Chennai. Since then, the 31-year-old has captured five tour-level titles and risen to a career-high No. 7 in the ATP Rankings.

In a hard-fought battle against three-time Marrakech champion Andujar, Goffin rallied as he found his range as the match went on, saving all three break points he faced in the third set to advance after two hours and 49 minutes.

“It was a typical clay-court match, with some breaks when serving for sets,” Goffin said in his post-match interview. “That is what I need at the beginning of the clay-court season. I am happy with the way I was able to stay calm after losing the first set. I continued to stay positive and stay calm and do my best and in the end I managed to turn it around.”

The World No. 74 now leads Andujar 3-1 in their ATP Head2Head series and will play Spaniard Roberto Carballes Baena in his second quarter-final of the season. Goffin also advanced to the last eight at the Sydney Tennis Classic in January, where he retired during his match against former World No. 1 Andy Murray.

“I am here to play tough matches so it will be another fight tomorrow and I will try to do my best,” Goffin added. “Hopefully I will be able to play another good match.”

Slovakian Alex Molcan captured the biggest win of his career, saving two match points as he shocked World No. 9 Felix Auger-Aliassime 6-4, 2-6, 7-6(7) in two hours and 39 minutes.

The World No. 65 had never earned a Top 10 win before Thursday, but changed that record with an inspired performance against the Canadian in their first ATP Head2Head meeting.

Molcan saved one match point on serve at 5-6, 30/40 in the third set and then another at 6/7 in the deciding set tie-break, before eventually prevailing. The 24-year-old will next meet Botic van de Zandschulp.

The sixth seed reached his second tour-level quarter-final of the season with a 6-2, 6-4 victory over Czech qualifier Vit Kopriva. The Dutchman now holds a 5-1 record on clay on Tour.

Do estate agents leave property adverts up on purpose so that we call in and share our details?

Do estate agents leave property adverts up on purpose so that we call in and share our details?