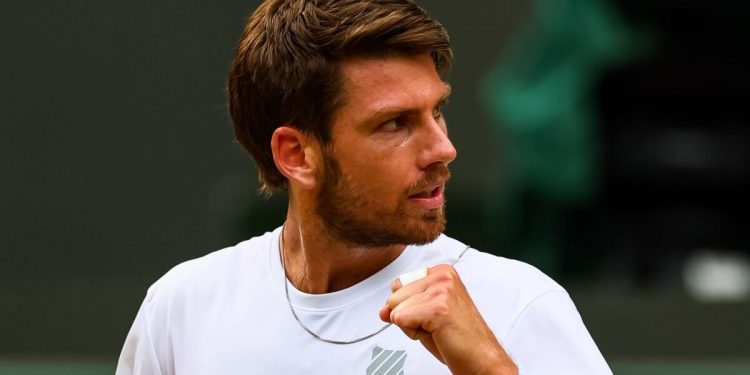 
Cameron Norrie will have the support of a nation behind him when he makes his first-ever quarter-final appearance at Wimbledon as he takes on David Goffin on Court No1 on Tuesday afternoon. The 26-year-old is the last Brit standing in singles after the likes of Emma Raducanu and Heather Watson were knocked out

And he will be looking to keep alive his dream of emulating Andy Murray and lifting the famous trophy in front of adoring home supporters when he takes on Belgian Goffin looking to make the semi-finals.

Speaking ahead of the clash, Norrie looked back on a huge sliding-doors moment in his career six years ago when he was involved in a moped accident in the United States. “It was a turning point,” he said after beating Tommy Paul in the last-16.

“It was a realisation that I was kind of not doing the way I wanted to do it and not making the best decisions. I was going out more than I probably should have been, like a typical student there at TCU, enjoying myself a lot.

“After that the coaches really kicked me into gear and I was definitely more professional. I grew up a lot after that.”