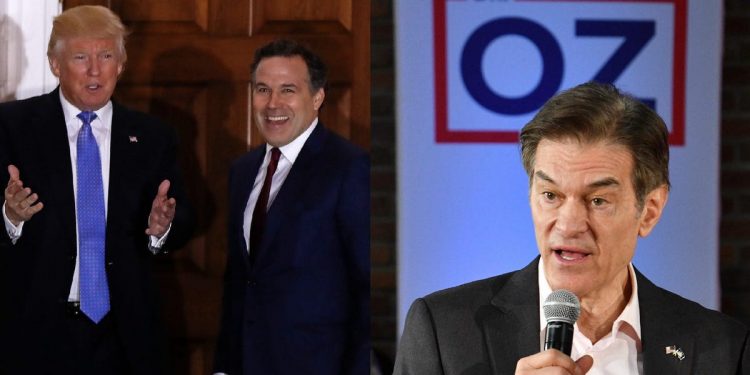 
David McCormick and his wife met with former President Donald Trump and suggested Dr. Mehmet Oz’s Muslim background would be a political liability in the Pennsylvania US Senate race, The New York Times reported.

McCormick, who is running against Oz in Pennsylvania for a seat in the US Senate, has been seeking Trump’s endorsement, according to The Times. The meeting took place last year before McCormick announced his candidacy.

Oz entered the race in November 2021, while McCormick entered in January. Both are running as Republicans.

The couple made the case that Oz’s Muslim background was an electability issue and that it was a political liability, according to the Times.

McCormick’s campaign has also made public statements about Oz’s dual citizenship, but told The Times they never mentioned his religion in the meeting with Trump.

The McCormick and Oz campaigns did not immediately respond to Insider’s request for comment.

In a statement to The Times, McCormick spokesperson Jess Szymanski said the reports on Powell McCormick’s remarks to Trump are an “anonymous, false smear on a candidate’s wife who is an Arab-American immigrant woman who fled the Middle East to escape religious persecution.”

She said the reports were “designed to distract from the legitimate national security concerns” about Oz, such as his dual citizenship.

Auto auction AI: A ‘tool,’ not a worry