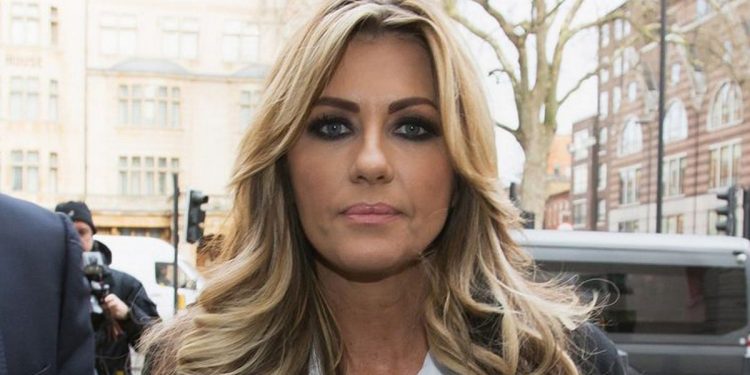 
A man accusing Real Housewives of Cheshire star Dawn Ward of shouting anti-semitic abuse and slapping him has denied making the allegations for “publicity”.

Ward, who is married to ex-Premier League footballer Ashley Ward, allegedly hurled abuse at Jewish brothers Jake and Sam Jacobs while at London Euston Station back in October 2019.

The Jacob brothers were said to be asking customer services why trains were delayed when the 48-year-old reality star allegedly drunkenly approached them saying: “Why do you lot always complain?”

She was also allegedly found with cocaine in a cigarette packet.

Giving evidence at the trial this afternoon, property developer Jake Jacobs was asked whether he had “slagged off” Ward about her “Botox and wealth”.

Lisa Judge, defending, asked: “Why didn’t you say in your statement to police you were slagging off Dawn Ward for her wealth and her Botox?”

The 26-year-old replied: “I didn’t know who she was. How could someone being drunk and disorderly be looked at for wealth and Botox. I can tell you Mrs Ward was very very drunk. I didn’t see any Botox, I certainly didn’t see any wealth.”

Mr Jacobs responded: “I don’t even know what Botox does. I thought it was to do with wrinkles. How can Botox go wrong?”

Ms Judge also suggested Mr Jacobs was “not happy a woman was telling him what to do” as he was “having a go” at a female customer service worker at the station.

The jury then saw images of tweets Mr Jacobs accepted were posted from his account in 2014, when he was either 16 or 17-years-old.

Mr Jacobs said: “It’s from 2014 when all your friends took each other’s phones and someone clearly wrote something like that.”

“Whether someone is a celebrity or not doesn’t matter to me. I was 17, I can’t explain why I did that. As a kid you do what one does.

“If you asked me now if I saw Kym Marsh out somewhere would I ask for a selfie? I would say no.”

Asked by prosecutor Gregory Wedge if he had made the allegations against Ward for publicity, Mr Jacobs said: “No absolutely not.

“I wanted people to know anti-semitism still exists and I had multiple messages of people asking if I was OK and what happened. It affects you more if you hold it in and don’t talk about it openly.

“In society the more you share experiences of what happened, the less likely it is for these incidents to happen again.

“I had no idea who Ms Ward was, with all due respect.”

The interior designer sat at the back of the courtroom with her husband wearing a blue blouse with a black skirt, blazer and high-heeled boots.

Scott Hall (Razor Ramon) will be remembered as a wrestling great

Scott Hall (Razor Ramon) will be remembered as a wrestling great