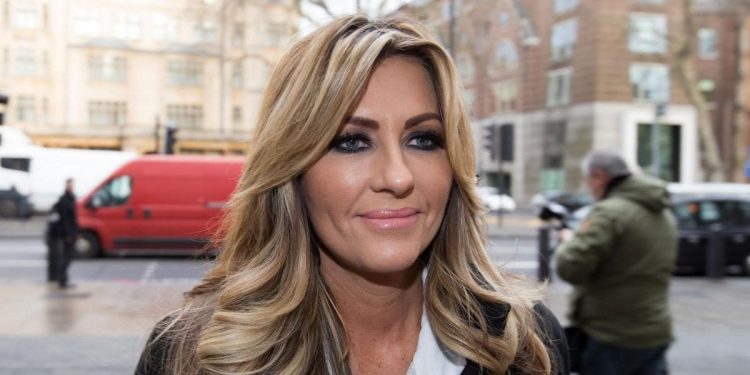 
A police officer admitted he “unlawfully arrested” Real Housewives of Cheshire star Dawn Ward for drunk and disorderly behaviour after a Jewish man accused her of assaulting him.

Ward, who is married to ex-Premier League footballer Ashley Ward, allegedly hurled abuse at Jewish brothers Jake and Sam Jacobs at London Euston back in October 2019.

The 48-year-old is said to have shouted: “Why are you lot always complaining?” before calling the men “Jewish c***s”.

She denies two counts of racially aggravated harassment, one count of assault and possession of cocaine.

Giving evidence today, British Transport Police officer James Springhall admitted he was still in training when he was called to the incident at Euston and had not arrested “many” suspects before.

The court heard Mr Springhall took Ward from Euston’s concourse to a police suite and “wrongly” arrested her for drunk and disorderly behaviour.

Ms Judge continued: “You obviously appreciated what you had done was wrong, so you de-arrested her. For a period of time she remained in handcuffs – she shouldn’t have been in handcuffs should she?”

The officer also agreed it was possible Ward could have been released and invited to come in for an interview at a later date – rather than being arrested and held in a police cell overnight.

Ms Judge asked Mr Springhall: “Do you feel you have been let down by the system within which you work on the basis of what you now know?”

Ms Judge levelled a number of other criticisms against the police investigation into the incident – including whether the officer had enough time to analyse CCTV footage from Euston station and “inconsistencies” in the alleged victim’s statements.

Asked whether he would be happy for his mother to be prosecuted on the evidence submitted against Ward, Mr Springhall replied: “No.”

The jury also saw footage of Ward’s bag being searched at Wembley police station when a small bag of cocaine was found in a cigarette packet.

Ward could be seen on the footage looking tearful and shaking her head as she was re-arrested for possession of Class A drugs.

It was said police were unable to identify Ward’s fingerprints on the cigarette packet or plastic snap bag.