DC’s Wonder Twins Have Always Been a Joke 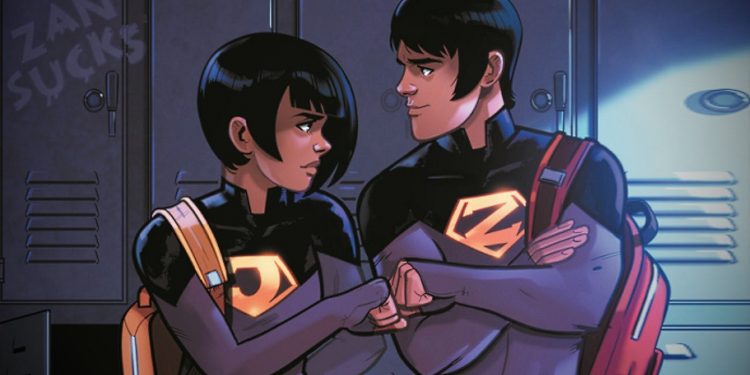 
Warner Bros. is making a Wonder Twins movie for HBO Max. Yes, you read that right, the Wonder Twins. As in, the two purple-clad alien teenagers who can shapeshift when they touch hands and shout “Wonder Twin powers, activate!” Of course, their shapeshifting is somewhat limited as Jayna can only transform into animals and Zan can become water…as in liquid, solid, or vapor. Basically, they’re just useful enough to be the equivalent of interns with the Justice League without overshadowing any of their more traditionally superheroic teammates.

They seem like an unlikely pair of candidates for a superhero movie, don’t they? Adam Sztykiel is writing and directing a film that will go directly to HBO Max, and the studio has tapped KJ Apa (Riverdale) and Isabel May (1883) to play Zan and Jayna. For ’80s kids, the Wonder Twins are almost synonymous with their early experiences with the DC Universe. For everyone else? Well…

But the real place to start for modern audiences, and the piece of DC history that feels like it’s most likely to influence the movie, would be Mark Russell and Stephen Byrne’s brilliant and thoroughly hilarious Wonder Twins series from DC Comics, which more explicitly outlines their roles as Justice League interns while also exploring the “reality” of two alien teens trying to have a normal high school existence. Imagine something as irreverent about its place in the DC Universe as HBO Max’s Peacemaker or Harley Quinn shows (albeit far less filthy and violent) and that is packed panel-to-panel with background gags and jokes that enrich its storytelling world, and you’ll start getting an idea of what’s in store for you there. The Wonder Twins movie would do well to draw inspiration from this comic.