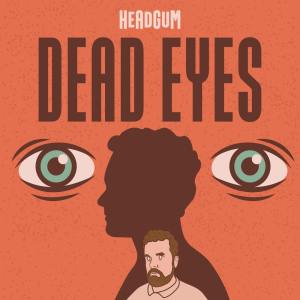 
Connor Ratliff spent the last 20 years trying to figure out why Tom Hanks fired him from a small role on HBO’s Band of Brothers.

His podcast Dead Eyes documents this journey and Ratliff has finally found his white whale – Hanks is coming on his podcast for the season three finale.

Ratliff, who is currently starring in Amazon’s The Marvelous Mrs. Maiselhas produced 30 episodes of the audio series, which is based around the suggestion that the Forrest Gump star said that he had “dead eyes” and replaced him with another actor at the last minute.

The show has featured conversations with the likes of Rian Johnson, Seth Rogen, Jon Hamm, D’Arcy Carden, Aparna Nancherla, Judd Apatow and Colin Hanks but now its reached its peak guest in Hanks.

In the episode, Hanks will also share unheard stories from his journey to the top of the A-List, explains the unspoken rules of working on a set, his process for selecting projects and actors, and other wisdoms and revelations that offer Ratliff satisfying closure.

“I was fully prepared for this to never happen, but I am thrilled that it has,” said Ratliff.  “I think for listeners who have been following along, it will be a very satisfying experience.  And for new listeners, it’s a Tom Hanks episode, so what’s not to like?  We want it to feel as if you’re just there in the room with me and Tom.  I have been a fan ever since I heard him scream the line ‘I am not a fish’ in Splash, and doing this podcast has only made me a bigger fan, even before he agreed to be a guest.”

“When Connor shared the pilot episode in 2019, we instantly loved how unique and funny the show was, but we never could’ve predicted that this podcast would grow into such a beautiful exploration of disappointment, rejection, and ultimately taking those feelings and turning them into something positive. Plus, it’s still funny. Because Connor and the Dead Eyes team have done such an incredible job with this show, we’re actually not surprised at all that Tom Hanks decided to be a guest,” said Amir Blumenfeld and Jake Hurwitz, founders of Dead Eyes producer Headgum.