Deandre Ayton did not feel valued by Suns, is expected to receive max offer as free agent, per report – CBS Sports 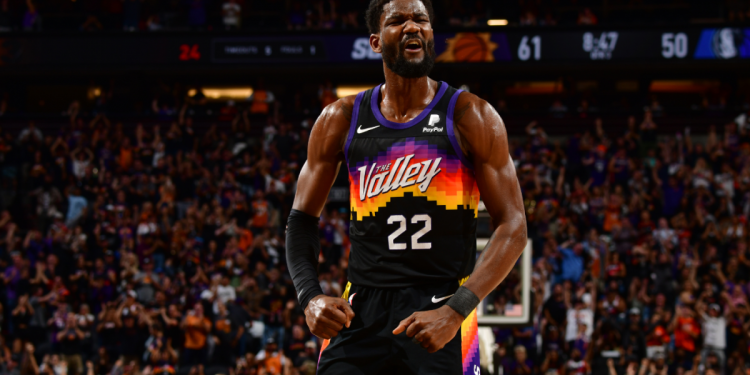 DeAndre Ayton came two games short of winning his first NBA championship a season ago, yet when the offseason arrived, he had to watch his contemporaries from the 2018 NBA Draft get paid before him. Luka Doncic, Trae Young, Michael Porter Jr. and Shai Gilgeous-Alexander all got max deals. Ayton was drafted before any of them. The Suns refused to pay him the max, but they did extend teammates Mikal Bridges and Landry Shamet. So he went into his fourth season in Phoenix without a long-term deal.

That season ended on Sunday when the Suns lost Game 7 of their second-round series against the Dallas Mavericks. Ayton played just 17 minutes. When Suns coach Monty Williams was asked why Ayton’s role was so limited, he replied “that’s internal.” Now, it seems, some of the tension that bubbled underneath Phoenix’s success all season is beginning to surface.

“Going into the season, Deandre Ayton did not feel valued by this Phoenix organization,” Adrian Wojnarowski said. Ayton did not speak to reporters after the loss. He appeared to have a confrontation with Williams on the sideline at one point in the second half, but what exactly was said has not been confirmed.

Now Ayton and the Suns enter the uncertainty of restricted free agency. Ayton can seek out the max offer he craves on the open market… but Phoenix will have the right to match any offer he receives. There’s no guarantee that doing so will mend their relationship. Utah infamously forced Gordon Hayward to find a max offer sheet on the open market in 2014. They matched the one he got from Charlotte, but it was a short-term max that allowed him to bolt as an unrestricted free agent three seasons later. Though the situations were not identical, San Antonio forced Kawhi Leonard to wait until he was a restricted free agent to get his max contract in 2015 because doing so allowed the Spurs to preserve cap space to sign LaMarcus Aldridge. Leonard left the Spurs three seasons later. Once a player feels financially slighted by his team, the relationship is typically fractured beyond repair.

Should Ayton venture out into the market this offseason, Wojnarowski expects him to receive a max offer from somebody. Five teams are currently positioned for major cap space this offseason: the Spurs, Magic, Pistons, Pacers and Trail Blazers. If Ayton’s goal is merely to get a four-year max deal, one of these teams could help him out by giving him such an offer sheet with the understanding that the Suns could match it. Only the Suns can offer him a five-year deal. If his goal is to get out of Phoenix, things become more complicated.

Phoenix must tender Ayton a one-year, $16.4 million qualifying offer in order to maintain the right to match any offer he receives this offseason. If Ayton accepts that offer, he would become an unrestricted free agent in 2023. Of course, anything could happen if Ayton accepts that offer. He might have a bounce-back season and become the most coveted free agent on the 2023 market. He could get injured and lower his own long-term value. Very few players ever actually take the qualifying offer for this reason. The risk-reward ratio is rarely favorable.

Ayton could also try to find a team willing to orchestrate a sign-and-trade for him. He wouldn’t need to limit his search to teams with cap space, though teams above the tax would likely struggle to fit Ayton onto their balance sheets sign-and-trades trigger a hard cap. Phoenix might be amenable to a big enough trade offer. The Suns went 16-6 without Ayton this season. Their pick-and-roll-heavy system is extremely friendly to centers. JaVale McGee and Bismack Biyombo both filled in admirably for Ayton this season.

Looming over all of this is the reality that the Suns are about to become extremely expensive. Bridges is already jumping from a rookie-scale deal into a market-value contract. Devin Booker is making the max and Chris Paul isn’t far off. Cam Johnson is extension-eligible this offseason and Jae Crowder is on an expiring contract. Eventually, the Suns are going to have to either make financial concessions or accept their fate as a luxury tax team. Suns owner Robert Sarver isn’t exactly known for paying the tax. If he decides he is unwilling to do so, Ayton’s time in Phoenix is probably over.