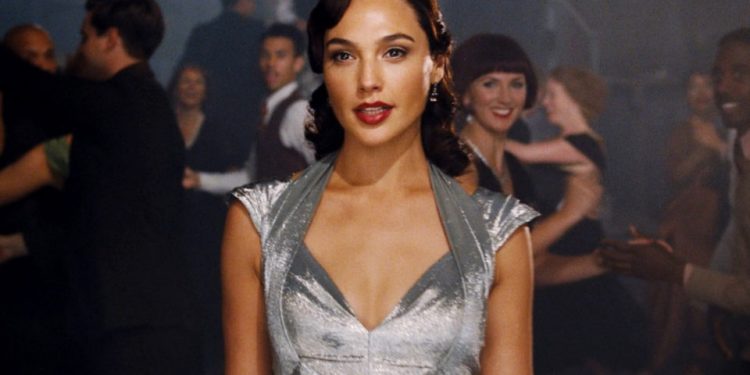 
It takes a lot to interest a contemporary film audience in something as inherently old fashioned as an Agatha Christie murder mystery. Her whodunnits are equal parts delightful and ludicrous, packed with red herrings and slender clues that bring the inimitable Hercule Poirot to a precise conclusion about who did what to whom and why.

This one does well for a couple of reasons. One is the grandeur of the settings, which take in the Giza pyramids and a re-created Temple of Ramses ll that was real enough to make you want to visit, as well as the Art Deco splendour of the Old Cataract Hotel at Aswan, where Christie stayed to write the book.

It is also a love story, which helps, about the impetuous marriage of wealthy heiress Linnet Ridgeway (Gal Gadot) to the penniless but handsome Simon Doyle (Armie Hammer), who dumped his broken-hearted fiancé Jacqueline de Bellefort (Emma Mackey) on the dancefloor.

Kenneth Branagh is having a moment, with his memoir Belfast getting multiple Oscar nominations, including Best Picture. Here, he directs and stars as Poirot, the elaborately moustached Belgian detective who, in an interesting piece of back story, had once been very much in love.

The cast, each with their secrets, is a joy, particularly Annette Bening as Euphemia, the mother of Poirot’s friend Bouc; Jennifer Saunders, who is reunited with Dawn French as a staunch socialist and her nurse companion; Russell Brand, as the aristocratic Windlesham, and the sultry Sophie Okonedo, playing the singer Salome Otterbourne.

The tone is pitched somewhere between nonsense and melodrama.

“You accuse me of murder?” says an outraged Marie Van Schuyler (Saunders).

“He accuses everyone of murder,” says Bouc.

“It is a problem, I admit,” replies Poirot. Meanwhile, the numbers on board the SS Karnak are rapidly dropping.

The awkwardness of it all is Armie Hammer, the disgraced actor accused of violence and sexual abuse who had filmed the role of Doyle before the scandal broke.

Branagh reportedly considered reshooting but COVID and the impossibility of reuniting the cast ruled it out. So we have a lot of Gadot’s beautiful face gazing adoringly at her husband, who we see from the back of his head. When he inevitably fronts up, his performance is curiously lukewarm, possibly the result of editing. It may be Hammer’s last role and it is fair to say Doyle doesn’t come out of it well.

What does work is the book-ending of details about Poirot’s personal circumstances, which add a touch of warmth to a sumptuous and fanciful murder mystery.

Death on the Nile is showing now in cinemas nationally.

This review first appeared in InDaily. Read the original here.