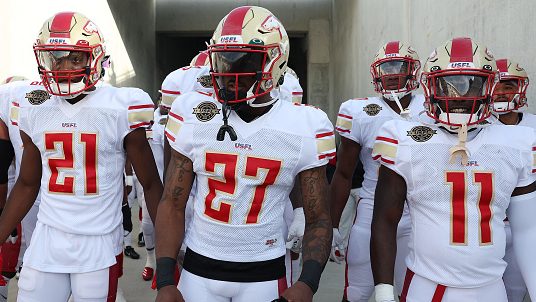 The Birmingham Stallions are technically the road team on Saturday night against the Houston Gamblers. But with every game being played in Birmingham, every Stallions game is a home game.

And the fans are far more likely to show up for Stallions games.

A week after 17,500 attended the first game of the year — a Stallions win over the New Jersey Generals — a decent crowd has amassed for the Birmingham “road” game against the Gamblers.

For the four games played in the interim, there was hardly anyone present.

It’s one of the realities of playing all games in the same stadium in the same city. It’s still difficult for fans watching the games on TV to process seeing no one in the building, especially in a post-pandemic environment where fans can attend.

The silver lining is that, if/when the USFL decides to have these various teams play actual home games in their home cities, maybe people will show up. The bigger question is whether enough people watch the games that are being televised by Fox and NBC. So far, so pretty good. We’ll see where it goes from here.

1 death, 17 liver transplants in multi-country outbreak of hepatitis in children, WHO says – CNN

Ebola: New outbreak declared as officials warn time is not on our side – Sky News

Ebola: New outbreak declared as officials warn time is not on our side - Sky News